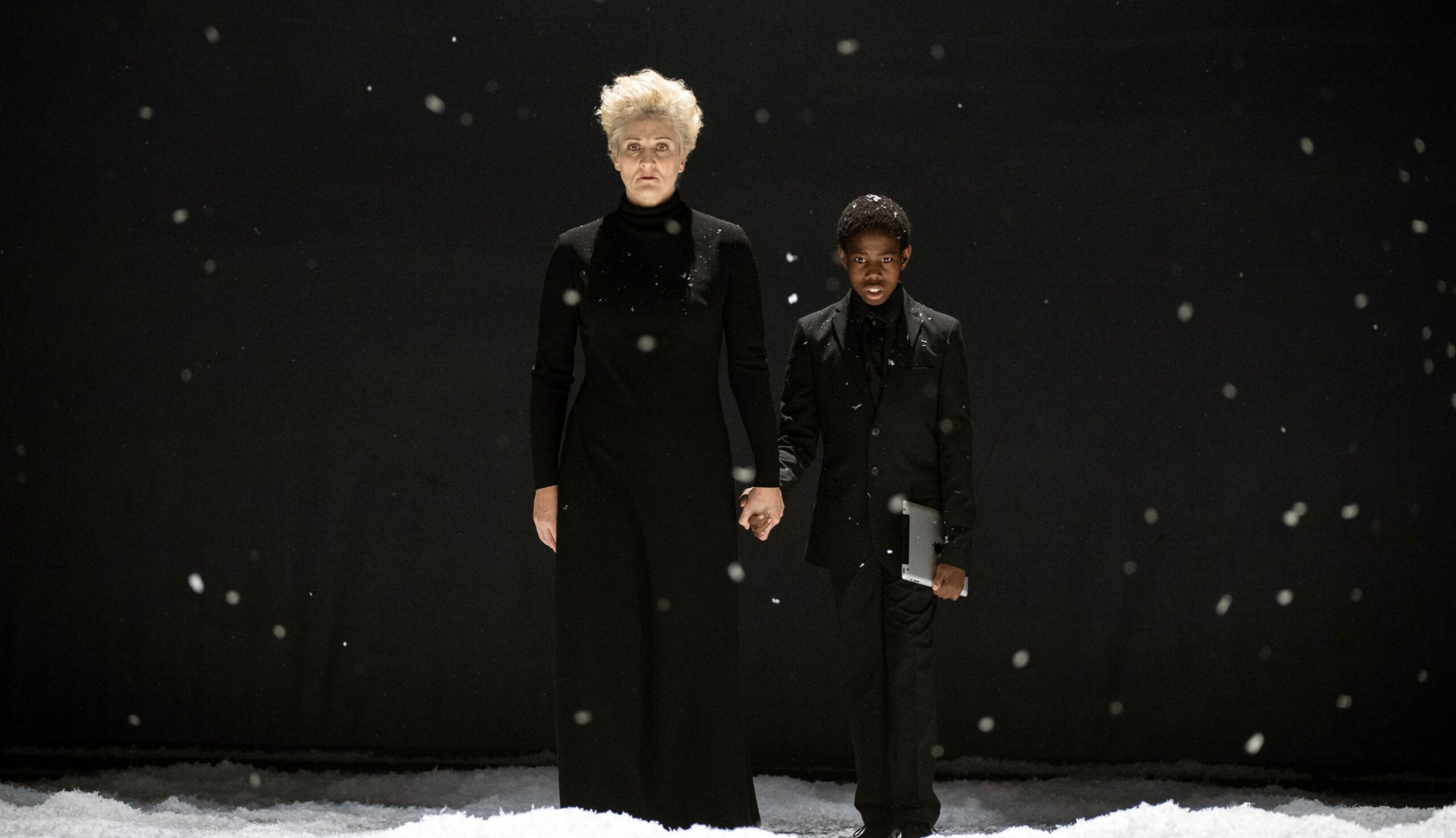 War Requiem: There is no sanitizing the gruesome evils of war

The English National Opera’s production of Benjamin Britten’s War Requiem is a shocking reminder of the atrocities of war. Its devastation is portrayed beautifully even if it is, at times, painful to watch. Marking the centenary of the Armistice of the First World War, the choral work of Britten is as befitting as it is glorious.

War Requiem, first performed in 1962 in the newly consecrated Coventry Cathedral after the original building was bombed by the German Luftwaffe, has a dual purpose: to remember those who have suffered from the ills of war and to warn against the perpetuation of this suffering. In brief, it is a frank and shocking reveal of man’s inhumanity to man. To achieve this, Britten combines the anti-war poetry of the WWI soldier Wilfred Owen with Latin Requiem Mass; an unlikely pairing that produces a sobering message. Britten, an operatic master of the twentieth century, was a committed pacifist and leftist, who also became the subject of an investigation from the police due to his homosexuality. The lives of four of Britten’s closest friends were lost to war – three to the Second World War and one to suicide after struggling to readjust to civilian life. His politics and experiences cannot be divorced from his art, nor should they be. Britten’s intention with War Requiem is clear. 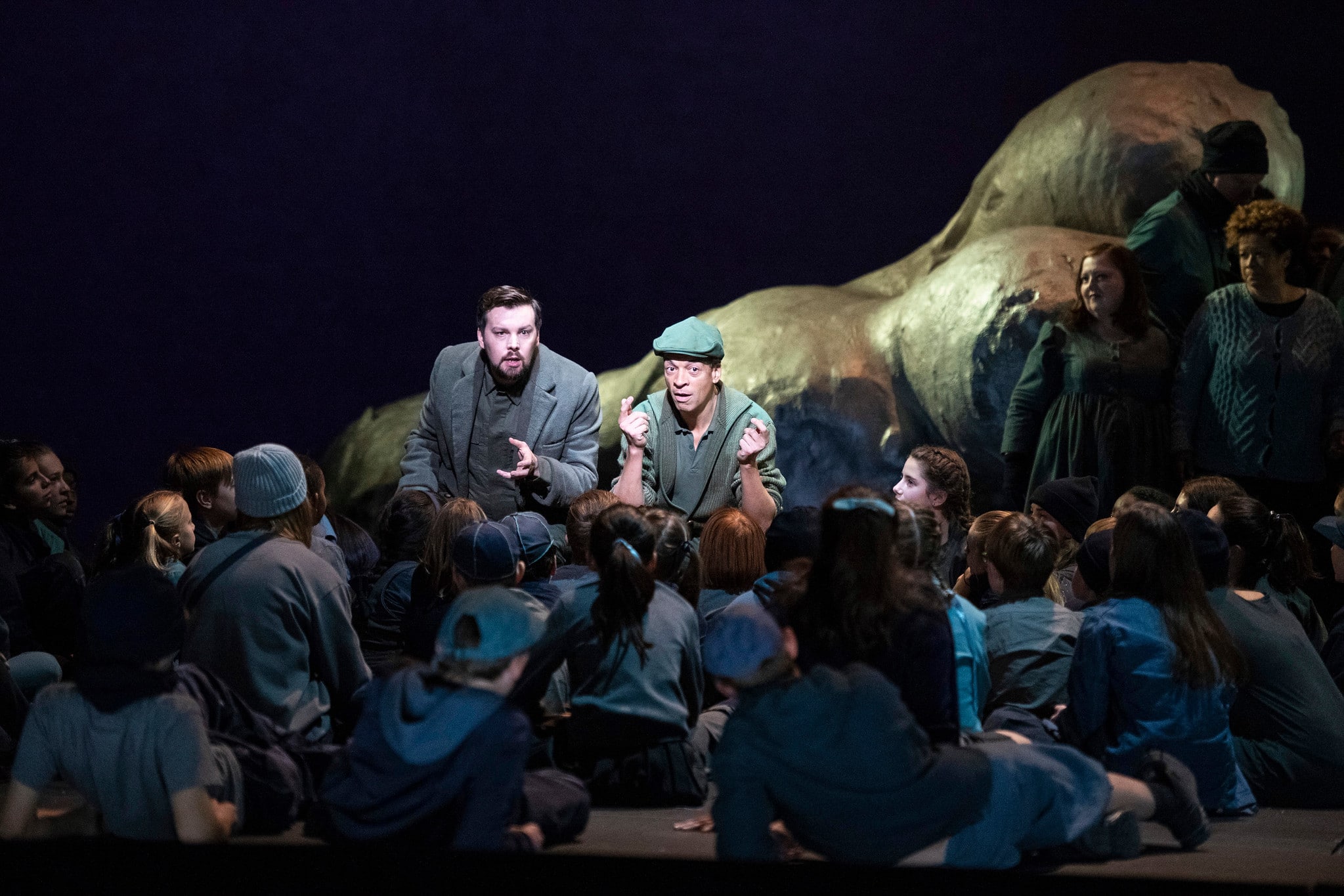 Director Daniel Kramer honours these radical intentions in the UK’s first ever full staging of the opera. Collaborating with Turner Prize winner Wolfgang Tillman, the pair create an emotionally intense, ever-changing stage which consolidates feelings of remorse and sorrow. Devoid of a formal narrative, the success of the production relied upon their collective creativity. The images displayed throughout the performance are moving and sometimes purposely disturbing. Choreographer Ann Yee, a frequent collaborator of Kramer’s work, fuels the performance with melancholic movements. Additionally, the appointing of London fashion designer Nasir Mazhar as the costume designer has proved to be an unlikely stroke of genius; together Yee and Mazhar further cement the theme of death, conflict and despair. Charles Balfour’s lighting also adds to the beauty of the production, whilst simultaneously keeping the audience focused on the agony of the topic at hand.

David Butt Philip (Tenor) and Roderick Williams (Baritone), who represent a British and a German soldier respectively, effortlessly embrace the poetry of Wilfred Owen. The powerful sole female role, portrayed by Emma Bell, represents grief and the suffering of those outside of the direct conflict – an image she conveys confidently. The intermingling of Owen’s poetry and Latin Mass allows the distinguished trio to exhibit their talents. The Oliver Award-winning ENO chorus was joined by the all-black Porgy and Bess ensemble who, confined to Latin, together affirm the sentiments of the production. The combination of the talented groups proves to be a formula for success. The many child actors, notably Olufemi Alaka, were also remarkable. On top of this, the fervour of the event is made possible by a brilliant performance from the large orchestra conducted by Martyn Brabbins.

Staging choral works not made for theatrical production is a risky business. War Requiem could have easily missed the mark, especially after the triumph of the critically acclaimed and sold-out Porgy and Bess; a hard act to follow. Yet, Kramer and Tillman’s articulation of pain and suffering more than justifies the staging – it proves it to be necessary. With a good deal of the production in Latin, giving War Requiem a stage enhances its accessibility as well as its ability to meet Britten’s objectives. The decision to touch on contemporary affairs, as well as historical issues including the Bosnian War, nationalist uprisings and knife crime, was a brave and welcomed one making the show more profound and even more moving. 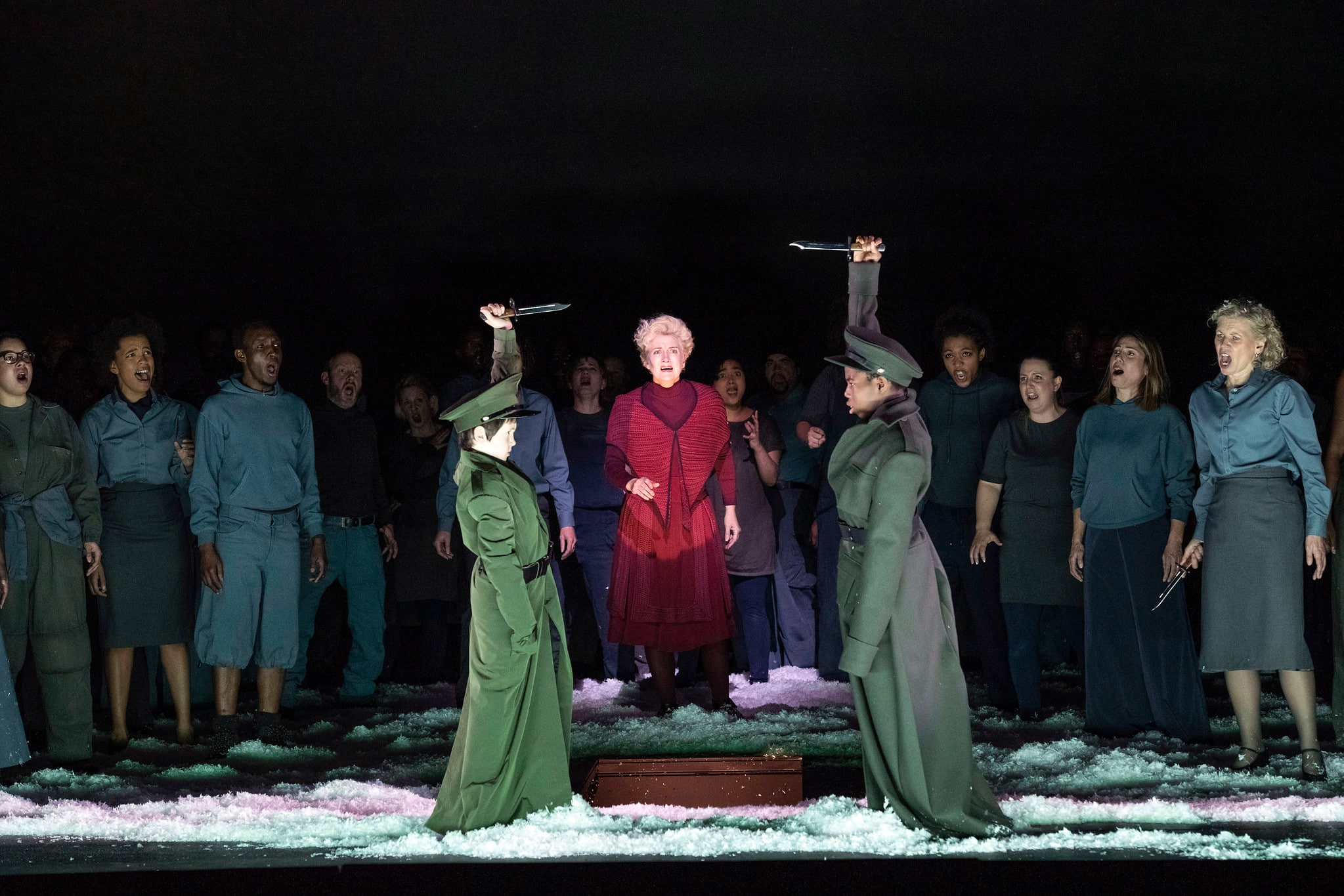 James Baldwin once declared, ‘Neither love nor terror makes one blind: indifference makes one blind.’ No one leaves this performance indifferent because it proves to be unforgettable. Both Wilfred Owen and Benjamin Britten’s message is as pertinent now as it has ever been. This production is a perfect reminder of what art should be; a tool. In this context, a tool to warn, scare and hopefully deter.

War Requiem is showing at the London Coliseum until December 7th. 500 tickets for £20 or less are available for each performance, tickets start from £12.