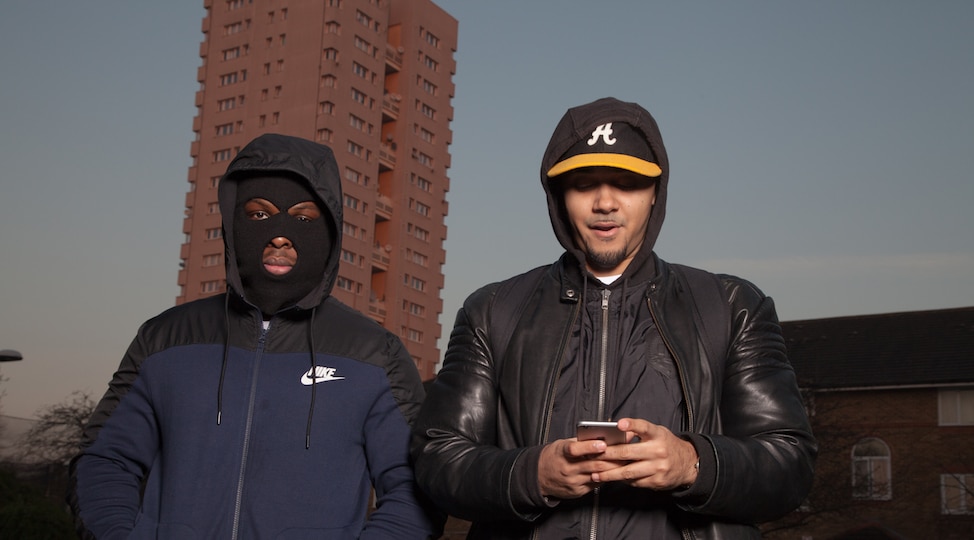 Nathan Miller is an extremely talented filmmaker from east London. He specialises in documentary storytelling and last year he made headlines for his excellent work on ‘LDN’; a powerful film on London’s music scene and the street economy evolving out of it. Nathan’s most recent project is an industry-level online course that offers a unique insight into the creation of documentaries. He kindly agreed to have a chat with us about his journey and we hope his words motivate other aspiring filmmakers out there. Read the interview below.

So Nathan, how long have you been making films?

How did you get into filmmaking?

I did media studies at college. I saw everyone talking about UCAS and university applications and I just didn’t feel it; I didn’t wanna be like everyone else. I stayed in London and got a job in retail. I saved up to get a Canon 7D camera and did a few music videos here and there – it kinda just took off from there really.

When did you know you wanted to do film?

I went to New York when I was 19 and met a really popular DJ called Cipha Sounds – he’s the guy who discovered Rihanna and Rick Ross. On a random night he took me around the city and introduced me to a few big names like DJ Khaled and Jadakiss. So when I got back to London I knew I had to go back and shoot a piece on Ciph and that’s what kinda got me into documentaries. My first documentary was called Prologue and the one on Ciph was my second. And then LDN was the one that followed that.

What took you to New York at that age?

I was working part-time at Ace Hotel and when you work at hotels you can meet a lot of artists and really cool people. We had people like Mos Def, MF Doom and the A$AP lot stay there. When Cipha Sounds came to stay, I befriended him and he told me if I was ever in New York we could link up. So when I went out there I reached out to him. It was kinda random.

What were you doing at Ace Hotel?

I was on the door – I was the bell-man. I was helping people with bringing in their luggage into the hotel. As time progressed, I ended up doing a lot of documentaries for them. In 2016 I filmed a documentary series for them across the US. Last year I was in Chicago, next year I’m in Japan for them. This year I’m in Seattle and Portland for them – they’re like a family.

What has inspired your filmmaking?

I’ve got a lot of influences but mainly with film I just wanted to create things that I’d wanna watch. With LDN for example, I felt there were so many Grime documentaries coming out from people who had only recently caught on to Grime music so I wanted to do something a bit more authentic – and something that people from the scene would also want to watch. So in some ways my inspiration comes from the lack of things out there that I want to watch; the gap in the market.

Who are your documentary inspirations?

My friends – so my friend Mandon Lovett is out in LA and he does documentaries for WorldStarHipHop. He did a documentary series called ‘The Field’ where he went to Chicago at the height of their crime rate and filmed a 45-minute piece on a low budget and did an amazing job. He also did one in Miami and now he’s been commissioned by Lionsgate to do a series. Mandon was definitely the one I took inspiration from. He did a piece about Kodak Black online and a bunch of other artists. Shout out Mandon. If you watch his work online, you will definitely see how he influenced LDN. Another filmmaker I respect is Billy Corben – he did a documentary called Cocaine Cowboys which is on Netflix. He does a lot of stuff with HBO in Miami. He’s one of my favourites – he told an amazing story about the cocaine crime-wave in Miami during the ‘70s and ‘80s. 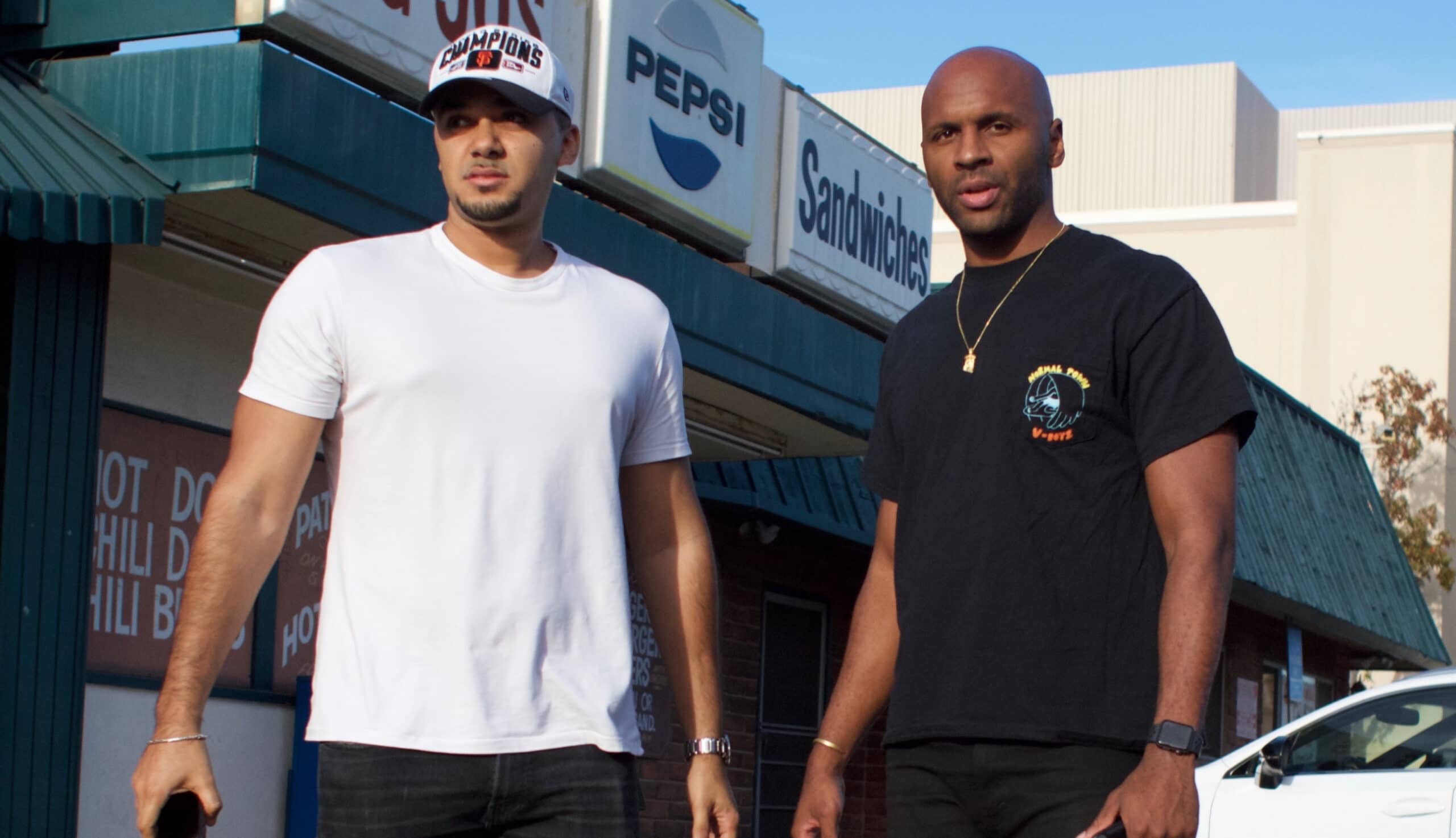 Not many people know you’re a published author! Tell us about your book.

Oh snap – we’re going that far back! So that came shortly after the whole college saga. I went to an entrepreneur’s event that hosted big names like Bill Clinton and Bear Grylls – and one guy who was there told a story about how he had made £80,000 from an e-book. He said if you can teach someone how to do something then you’re qualified to write a book. I don’t know how true that is now. But at the time I was 18-years-old and had so much experience trying and failing to get jobs. Then I found a good job and thought it would be a nice idea to create a guide for young people to find jobs. I interviewed a lot of entrepreneurs and recruiters and asked about their personal experiences and it developed from there. Bringing up my book is like mentioning someone’s first mixtape! This was before social media really took off. If I wrote the book now, it might have done very well – I’ve had people say I should relaunch it but obviously my mind’s in a different space now compared to when I was 18.

Tell us about the LDN filmmaking process.

I was watching Dave perform in London one time and I just decided that I wanted to do something on the city. I spoke to people like Kojey Radical, Vicky Grout and Daniel OG and talked about wanting to create a film dedicated to the music scene in London. The first scene I shot was with Kojey and that helped me create a trailer for the bigger project. It also helped with the emails and on top of that it got press through gal-dem. Before the film had even come out, I was getting press from the trailer so that was really cool – shout out to Antonia. Before you knew it I had J Hus involved, 67, Fredo, Morgan Keyz, Youngs Teflon and everyone else who was in the documentary. I decided to quit my job at Ace Hotel and just dedicated all of my time to it.

Did you have a film crew for it?

I was the crew. I was everything – interviewer, editor, sound recordist, camera op. My friend Anthony helped me out now and again; he did all the drone shots for me and has a co-director credit on the film.

How did you fund it?

When I was working at Ace, I got commissioned to do a series for them – so I got a bit of a money from that. I invested all of that into the LDN film. I did a bit of other work here and there but was only making like £200 a month, nothing for London standards, but I had some money saved from previous documentaries basically.

Was the J Hus interview meant to be on the street?

I got some shots of him at his Bristol show and wanted to do the interview in the car on his way back to London – but Hus didn’t really wanna do any interviews until his album had come out, but I’m good friends with the guy who does Hus’ publicity, Imran, so I was invited to a photo shoot and Hus recognised me from Bristol. I filmed him afterwards when he was out and about.

Beats by Dre were gonna release it at one point but that fell through. The Boiler Room team were very supportive. I was also talking to Lionsgate for a potential theatrical release. I had a few offers from different channels but in the end I just wanted to throw it on my YouTube. As young people we have so much time, forget money – time is super important so I just wanted it out there and to prove that I could make a film like that. The quickest way to access the industry is by releasing something that can get eyes on it. Now when I go to meetings people have already seen my work; it helps.

Your LDN documentary is important because there is a humanising element to it, was that intentional?

Yeah, man. I wanted people from London to watch it and be able to relate. If you’re not from London, you might miss some of the references or you might question why I chose the people I did. So me being from London is the reason why I included people like Youngs Teflon. Youngs Teflon is often left out of conversations but he has had a big involvement in a lot of artist’s careers in the city. It was important to include people like Fredo, Morgan and Giggs because if you’re from London, you understand why they’re important. On top of that, I didn’t wanna paint anyone in a bad light. My favourite interview was with Reekz – I met him on an estate in Stockwell and they’d just filmed Gangland on that same estate, so when I sat down with him he could have been a bit apprehensive. But he wound up being one of the most articulate people. I didn’t know how it would go but we ended up having a really good conversation and he was just spitting straight facts. We ended up talking about knife crime and we’ve both lost friends so we had something in common. If you put someone who doesn’t know the culture in that situation they would naturally receive a different reception. I was asking out of genuine care so we just had a better conversation because of it – and you get a more human response.

What’s your view on the current scene?

Stormzy is pop music now and in a lot of ways that’s a beautiful thing. Bottom line is we need to focus on the positive things. In LDN, I touch on the fact that there’s an economy that has come from the street scene. A lot of these artists can pay their parent’s bills now and support their family. That’s the beauty that needs to be focused on. There’s always gonna be a bad boy in the school but we should respect the people who try and better themselves. The reason the Gangland shit don’t run is because you got these young boys taking their tools out on camera and any filmmaker from the culture wouldn’t do that because you know it’s so incriminating. Why would you ask dumb questions like ‘What would you do if ops came here now?’. As a filmmaker you should know better. One of the baddest boys I knew growing up never had his father around and his mum was a junkie. There’s always a context to these things.

Favourite UK emcees at the moment?

I’m listening to Jaykae at the moment; Mist, Fredo, Not3s. On a ground level, there’s Benny Mails, who’s dope. There’s too many to name. I change it all the time.

You’ve got so much time. Barry Jenkins, director of the Oscar-winning Moonlight, got his breakthrough in his late thirties. Some people come out in their thirties and make an amazing film. You can be working a regular office job at 35-years-old and make an amazing film if you have the drive for it. In the past it was a lot harder but now people are shooting on their phones. There are few barriers of entry for this industry.

What can we look forward to?