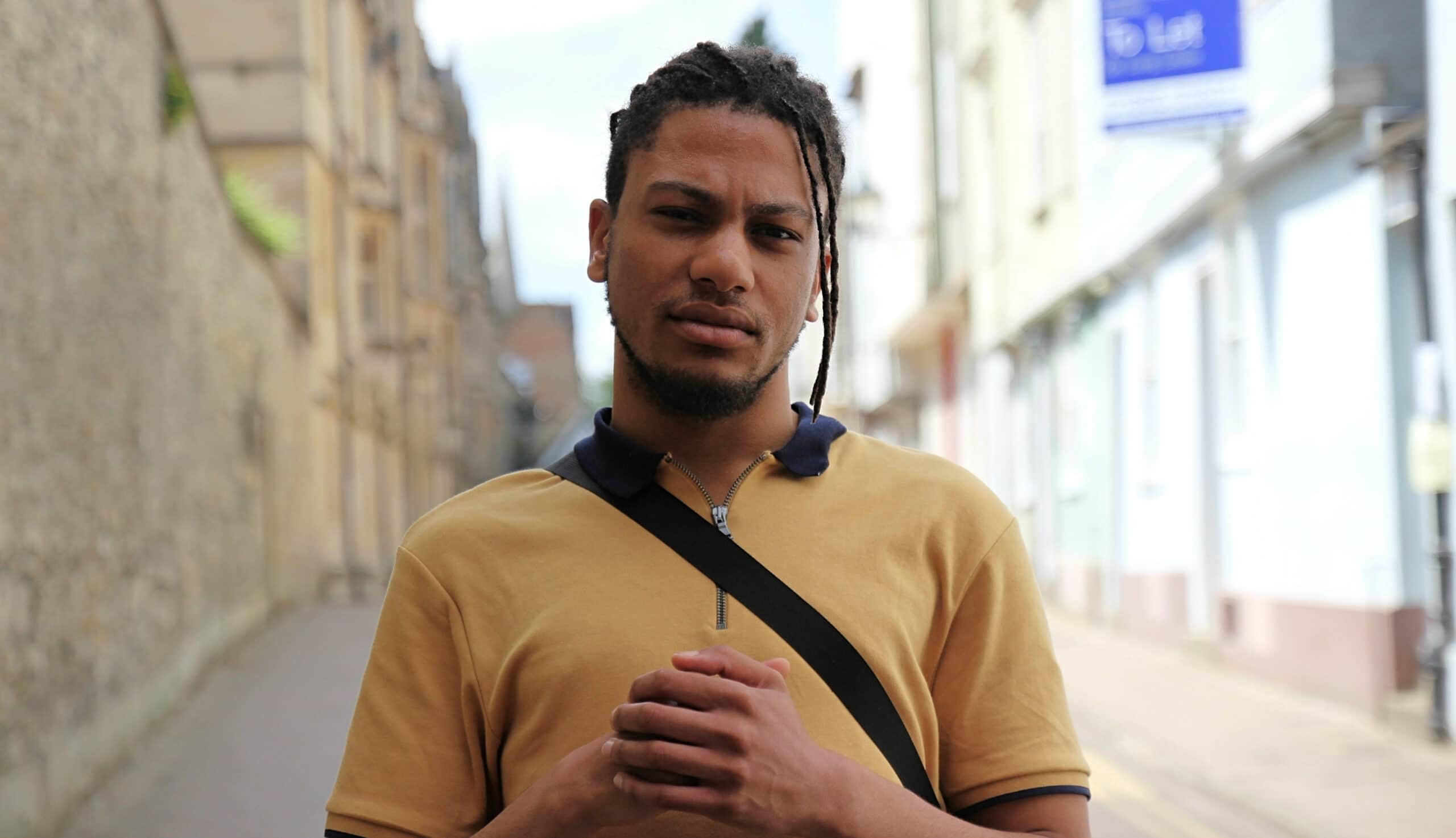 Mamoun Elagab is a young and exciting new voice on the British comedy circuit. His relaxed stage presence and natural writing flair has made him a winner and finalist of numerous comedy competitions, including the BBC New Comedy Awards in 2018. He is currently preparing to be part of the prestigious Pleasance Reserve at the 2019 Edinburgh Fringe. We sat down with Mamoun this week to have a chat about his stand-up comedy journey – read the interview below.

So Mamoun, when and why did you decide to start doing stand-up comedy?

I started about three years ago. I always wanted to do it. I’d been writing it for years even when I was at school, but I didn’t tell anyone. And then when I moved to London for uni I could actually trial it out with none of my hometown friends knowing about it. My first gig was in February 2016.

How many gigs have you done so far?

What was your favourite gig?

I was in a quarter final of a BBC competition in Manchester. I was really nervous beforehand but the audience was very warm. And that was my first gig to an industry crowd as well.

How have your personal experiences influenced your material?

All my material is influenced by my personal experiences and my perspective on the wider world. I started out doing a lot of stuff on race, which I still want to do, but now I’m trying to branch out to wider social kind of things, relationships and all that kinda stuff.

Who are your biggest inspirations in comedy?

How about in the UK?

I prefer a lot of the Scottish and Irish comics. I like Kevin Bridges and Frankie Boyle. In terms of English comics, I like some of the guys coming through now like Mo Gilligan.

What similarities/differences do you notice in British and American comedy?

Good question, we talk about this a lot. A lot of their stuff is more personal and more conversation-based and our stuff is more joke-based I would say.

What are the biggest challenges you’ve faced in stand-up comedy?

Probably just dying on your ass and doing it again. For me that’s the main thing. In the first year or two mainly; after that it hasn’t happened to me as much and when it does happen I know why – like there’s been a fight in the crowd, or I’ve said a word wrong or something. But in the first year or two it’s easy to just think that you’re not that good a comedian.

What’s the buzz like when you’re up on stage?

What have you learned from doing stand-up?

You learn a lot about yourself; you learn about different demographics – and knowing when to change the punchline depending on whether it’s a uni gig or in a small town.

How are you getting gigs now?

I just got signed to an agent which helps with TV work and corporate gigs. But even if you don’t have an agent you can still be a full-time comic given you have good enough clips and enough awards on your CV. Starting out in stand-up via open mic events is often accessible to everyone.

Do you have a tactic for when jokes don’t land?

Yeah. It depends. I have some emergency back-pocket banter. And sometimes you just have to improvise.

Tell us about your writing process.

It varies. Sometimes I just bullet-point ideas, then tell them on stage and feel them out with the audience. Or I improvise a pre-written joke on stage. I’ve got a lot of new stuff I’m excited to share soon.

You haven’t got much content online, why is that?

Well part of it is not wanting to give away too much of my material, but also unfortunately sometimes comics steal other comic’s jokes – and I’ve had experiences with that. And you can’t really copyright jokes!

Why is comedy important to you?

Are there any subjects that are off-limits to you?

There are some things in my personal life that I’m trying to work on revealing. I’d say I’m quite open as far as comics go, but there’s certain things I feel like I could go into a bit more depth with. In terms of topical stuff, there’s nothing I wouldn’t say.

Have you ever been heckled?

Yeah a few times. I started telling a joke about one of my lesbian friends at a Brighton gig once. And you know Brighton has a big gay community, so there was this guy who was proper drunk and started saying ‘we don’t like people who don’t like gay people here, mate.’ I wasn’t actually saying anything homophobic, but the guy was just very waved.

Tell us about your heritage.

My mum’s family comes from Sierra Leone and my dad is half-Sudanese, half-Egyptian. But I just say I’m Sudanese because that’s the community I grew up with.

What are your thoughts on the current situation in Sudan?

It’s very bleak. I’ve got a lot of family there that I haven’t seen since I was a kid. It’s very bad there. If I can raise awareness through this, then great. For anyone reading this, there’s a humanitarian crisis going on over there and Western media just doesn’t give it enough coverage.

What role might comedy play in the political divisions we see in society today?

It’s a good time for comedians. It’s a gold mine for a lot of that stuff. I feel like a lot of people look to comedians to make light of it. I think it can have a big impact on the left-wing community, because the comedy industry is very left-wing here. But I sometimes feel like comedy is becoming part of this new political correctness wave. I think a lot of people exaggerate it, but I still think that there are a lot of comedians from that mould that are sort of limiting comedy against what it was decades before.

Do you believe comedy should be political?

Not necessarily political, but relevant. I don’t think comedy has to be political but I think it helps. Comics are useful in that way because people don’t want to listen to politicians and don’t trust the media.

What are your thoughts on political correctness in comedy?

I think sometimes you get a comic who will be a bit insensitive if it’s not their own show. You get comics who just say shock-factor things, and it’s just a bit boring. But sometimes you get a comic that will say something controversial, that I might not even agree with, but who is just trying to think for their self. And just because their opinion isn’t the norm, I don’t think that gives you the right to call them hateful. It’s just a difference of opinion.

How did your Edinburgh Fringe opportunity come about?

Through something called the Pleasance Reserve – A few hundred comics apply. 40 comics get picked to do try-outs, and then four comics get picked to perform at the Fringe. They cover the costs of our accommodation and all that. And then we get to do a show at one of the best venues there. We do a show every day of the festival.

How do you get comedy gigs?

How might technology affect the future of stand-up comedy?

It’s completely changed it. The route to make it as a comedian in the UK has kind of always been Edinburgh, Edinburgh, Edinburgh… but now with the age of the internet, people are finding podcasts and using Instagram/YouTube and other platforms that we should utilise as comics.

Lastly, what’s your advice for other young comedians?

Just do it, man. I’ve heard a lot of people say they’ve thought about doing it but never did it. But I say just do it, even if you don’t do well the first couple of times. No one does. Just see where it goes. Keep at it!

Mamoun Elagab is performing at Latitude Festival on July 19th and the Edinburgh Fringe 2 – 26 August. Get tickets now and follow Mamoun on Instagram to stay up to date with his upcoming gigs: @mamouncomedy