How to create cinematic tension between men and women

Steve McQueen is a true force in his industry and a filmmaker with a multi-layered understanding of art. The Black British auteur delicately depicts themes of interracial marriage, corrupt politics and hard-hit urban economies in his latest film, Widows. McQueen’s latest feature is an adaptation of Lynda La Plante’s 1983 television series; a story about four women in debt due to the criminal activities of their husbands. Effective editing, exciting storytelling techniques and bold portrayals of masculinity all underscore the cinematic experience of McQueen’s film.

Throughout the film McQueen portrays men, machinery and crime with a creative use of sound editing. One slick example occurs during the opening sequence. As the character of Alice (Elizabeth Debicki) interacts with her husband, Florek (Jon Bernthal), we hear the pouring of water contrasted against a sudden amplified sound of car tyres screeching. This could imply that in Florek’s mind, the sound of the pouring water is akin to the sound of tyres screeching; a reflection of his restless, thrill-seeking mental state. Something as peaceful as the pouring of water seems to violently trigger Florek (Jon Bernthal) and McQueen cleverly uses this trope to transition to the car chase scene. 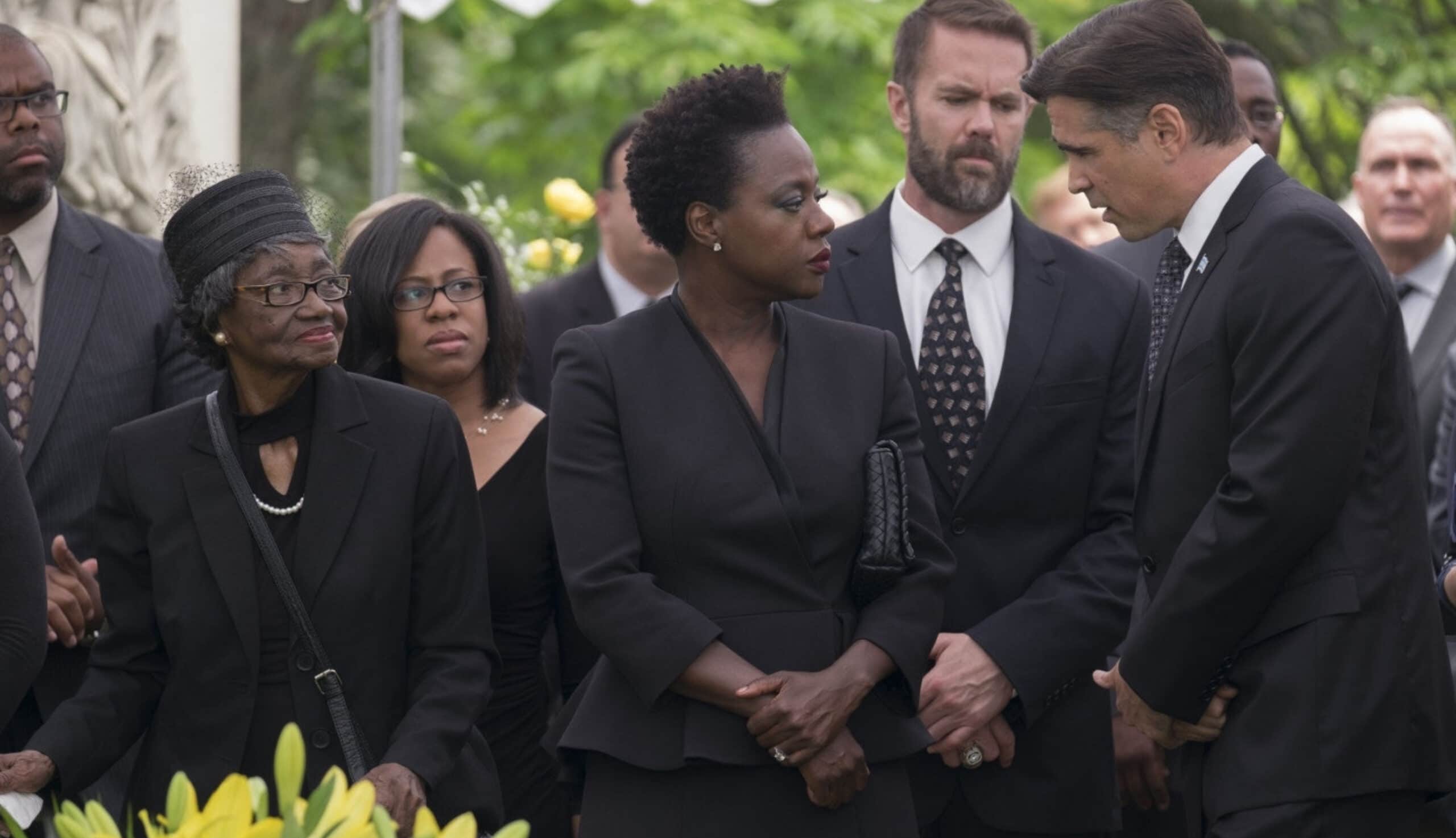 McQueen uses this gripping technique several times during the opening sequence. As we hear the loud kisses of Veronica (Viola Davis) and Harry (Liam Neeson) while they rest in bed, there are several harsh cuts to the car chase sequence including loud gunshots and panicked gangsters hopping in the back of a van. Again, McQueen is taking the spectator deeper into the psyche of a crime-motivated male by establishing connections between passive audio-sensory experiences and aggressive masculine behaviour. These triggering moments force us to contemplate what McQueen is trying to say about criminal behavior and masculinity.

For me, there are two interesting portrayals of gender roles in this film. The first male perspective that we are presented with is from Harry, the leader of the crime gang, who seems to portray the typically domineering sensibilities of ‘manhood’. We partly see the film through Harry’s eyes as McQueen cuts from a close shot of Harry and Veronica kissing to the erratic car chase, and then to a shot of Harry in the shower deep in contemplation and isolation. To me, it felt like McQueen was trying to display how men like Harry understand marriage to be; something that occasionally involves intimacy but is too often disrupted by the temptation of cheap thrills or feelings of loneliness.

The first female perspective we see is Veronica’s. As the audience is making the connection between Harry’s chaotic and peaceful sides, the film’s clever editing subsequently presents us with an image of Veronica gently touching an empty pillow beside her, clearly signifying a void in her life. We soon realise that it is not Harry’s memories that we should be focusing on, but instead Veronica’s. McQueen edits this sequence in a unique way that cleverly draws parallels between Veronica’s and Harry’s shared memories and provides a poignant contrast of a male and female perspective. 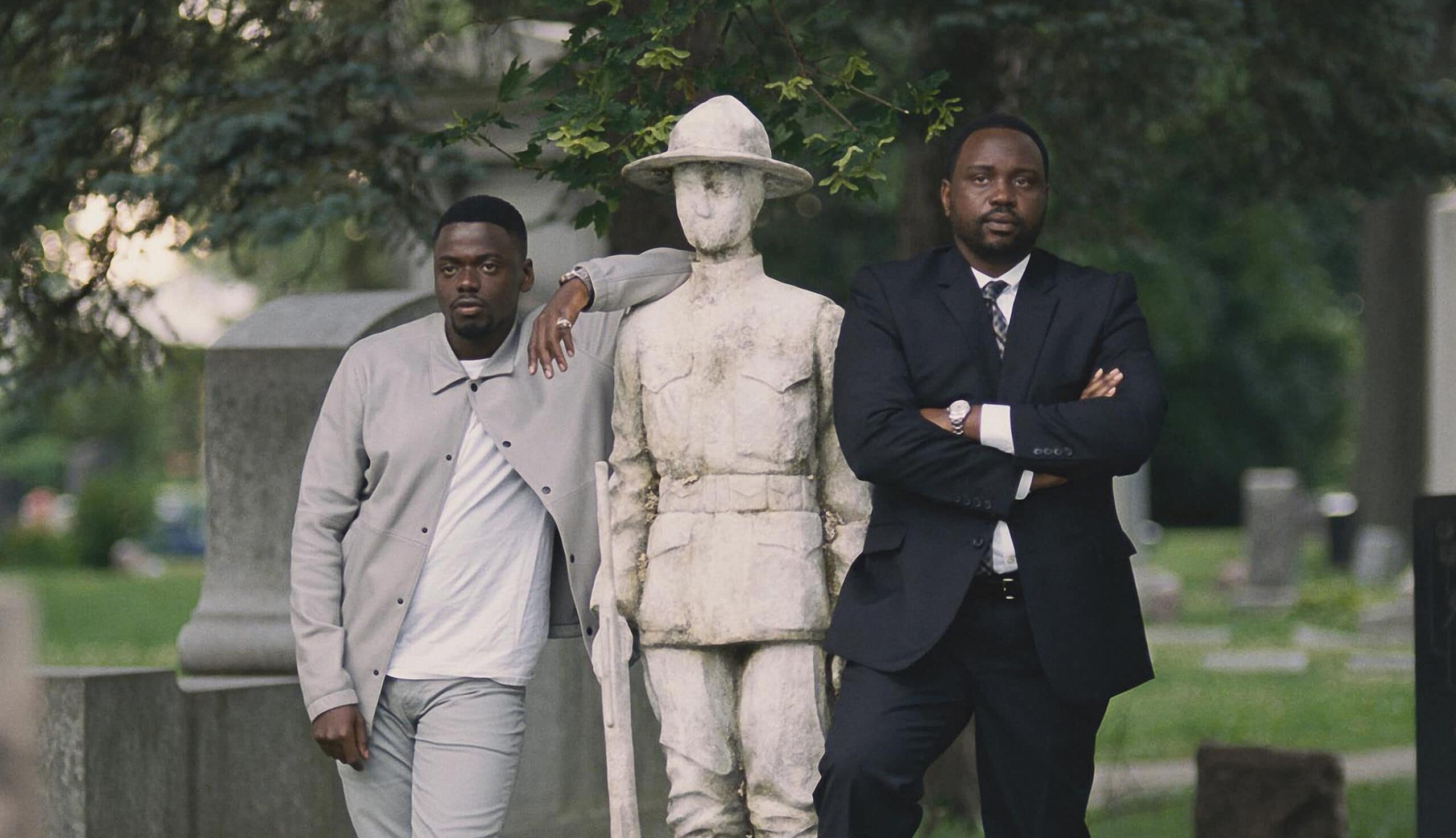 The film’s central themes, innovative sound editing and smart narrative techniques showcase McQueen as an incredibly talented film director that Black Britain should be proud of. Moreover, Steve McQueen’s fourth feature film is something that should be revered by everyone as a wonderful epitome of audio-visual art. For this reason, Widows must be seen in cinemas for a truly immersive experience – the film will be sure to make you jump at least once!

Lastly, the cast does an outstanding job; Daniel Kaluuya’s performance is a brilliant change from his laid back character in Get Out (2017), while Viola Davis once again shows off her stunning acting talents, but this time skilfully delivering a performance that offers the audience a new understanding of the dichotomies of masculinity and femininity.