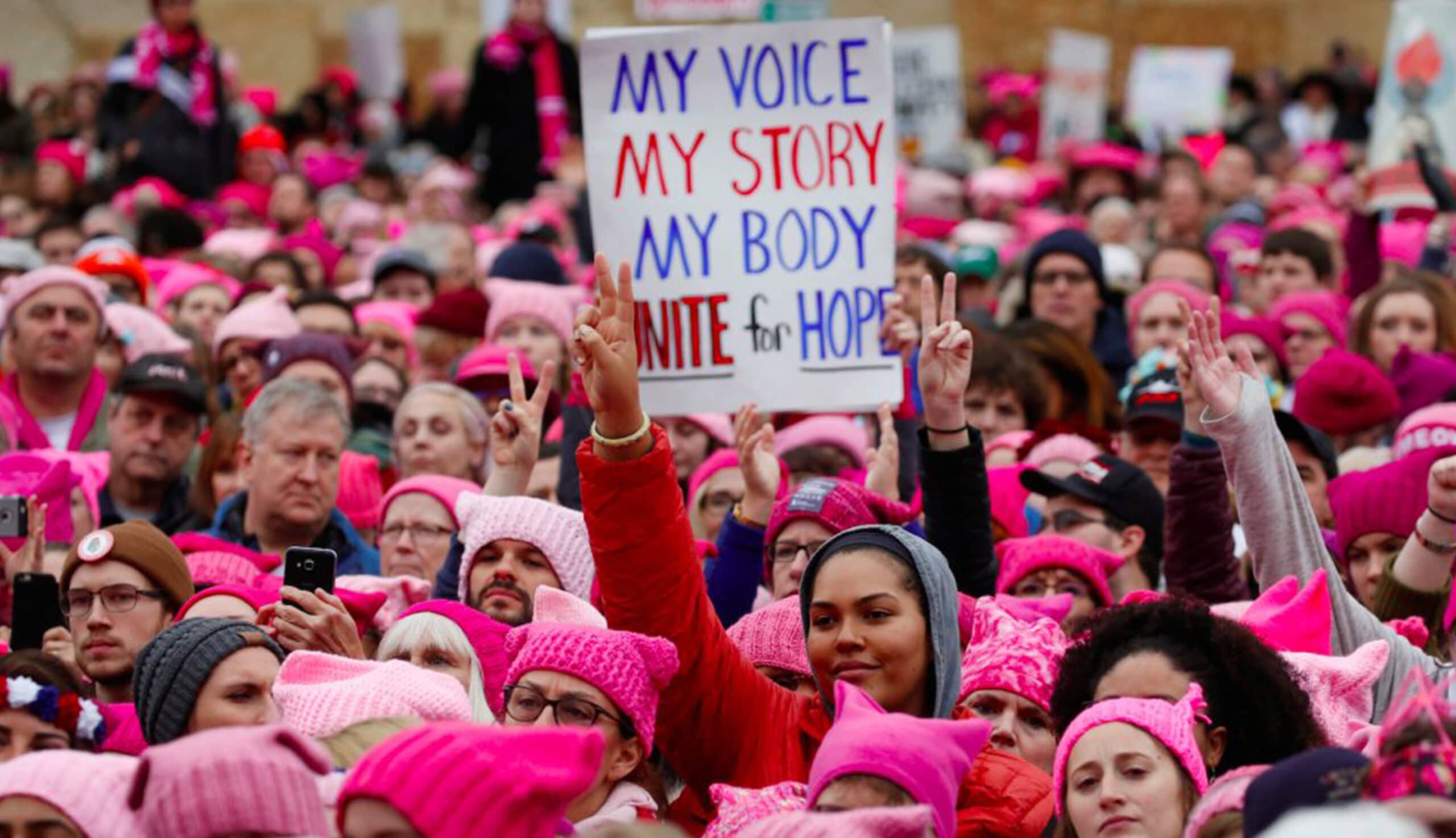 The day of the inauguration of the 45th President of the United States will be greatly remembered. Not because of Donald Trump’s inauguration itself, but because of the sheer number of protesters displaying their disapproval of Trump’s presidency. Being in London as the protests against Trump happened, the atmosphere felt highly reminiscent of the reaction to Tony Blair’s involvement in the 2003 invasion of Iraq.

“Trump has provoked people who have otherwise avoided politics to take a stand.”

The vast number of women who marched against Trump in response to the disgusting remarks that he made against women throughout his campaign highlights a new wave of political thought. Trump has provoked people who have otherwise avoided politics to take a stand. Trump lost the popular vote by about 2.86 million which strongly suggested that some backlash against him would be inevitable. Moreover, perhaps we should be optimistic in the fact that due to Trump’s divisiveness, more people have been encouraged to get involved in political debate.

However, can this surge in political activism be sustained? This particular question is important to me because as we look back at previous marches and protests that gained significant media attention, we see that some of them faded away from the mainstream relatively quickly. The Occupy movement is one example. The Women’s March can be seen in two ways. One being that it is great to see such passion and political fervor among such a large group of people, whereas on the other hand we have to ask ourselves again – Is this a one off? How long can it be sustained? Will it still be important in a decade?

Maybe the political tide has truly changed for good; activists and political commentators are springing up every day. In the UK, Brexit has caused a new wave of political engagement. Both the UK and the US saw significant public outcry against Trump’s implementation of the immigration ban. Protesters gathered at airports, Twitter went crazy and a petition to stop Trump’s visit to parliament gained over a million signatures.

“Whether Shia LaBeouf’s methods are durable in the long run, who knows?”

Alternative forms of activism have been evident in things such as Shia LaBeouf’s four-year live stream where he and other high profile figures have voiced their displeasure towards the incumbent president of the United States. This particular method of activism is very different from anything we’ve seen before. Whether Shia LaBeouf’s methods are durable in the long run, who knows? But it is worth noting that it has received a flurry of criticism, particularly from social media. Moreover, Finnish people are using “Ylilauta” to track down Shia’s new location in Finland so that they can impede his attempts in criticizing Trump.

While some of these things may seem a bit trivial, they reflect the new political climate nonetheless. We have entered a crazy new era of politics where those in power are in constant disagreement and those without power are forever finding new ways to attain it. We might just be on the brink of a new breakthrough in political activism that hasn’t been witnessed since the ‘60s. Whether it’s sparked by the general public or a random celebrity, change is coming.