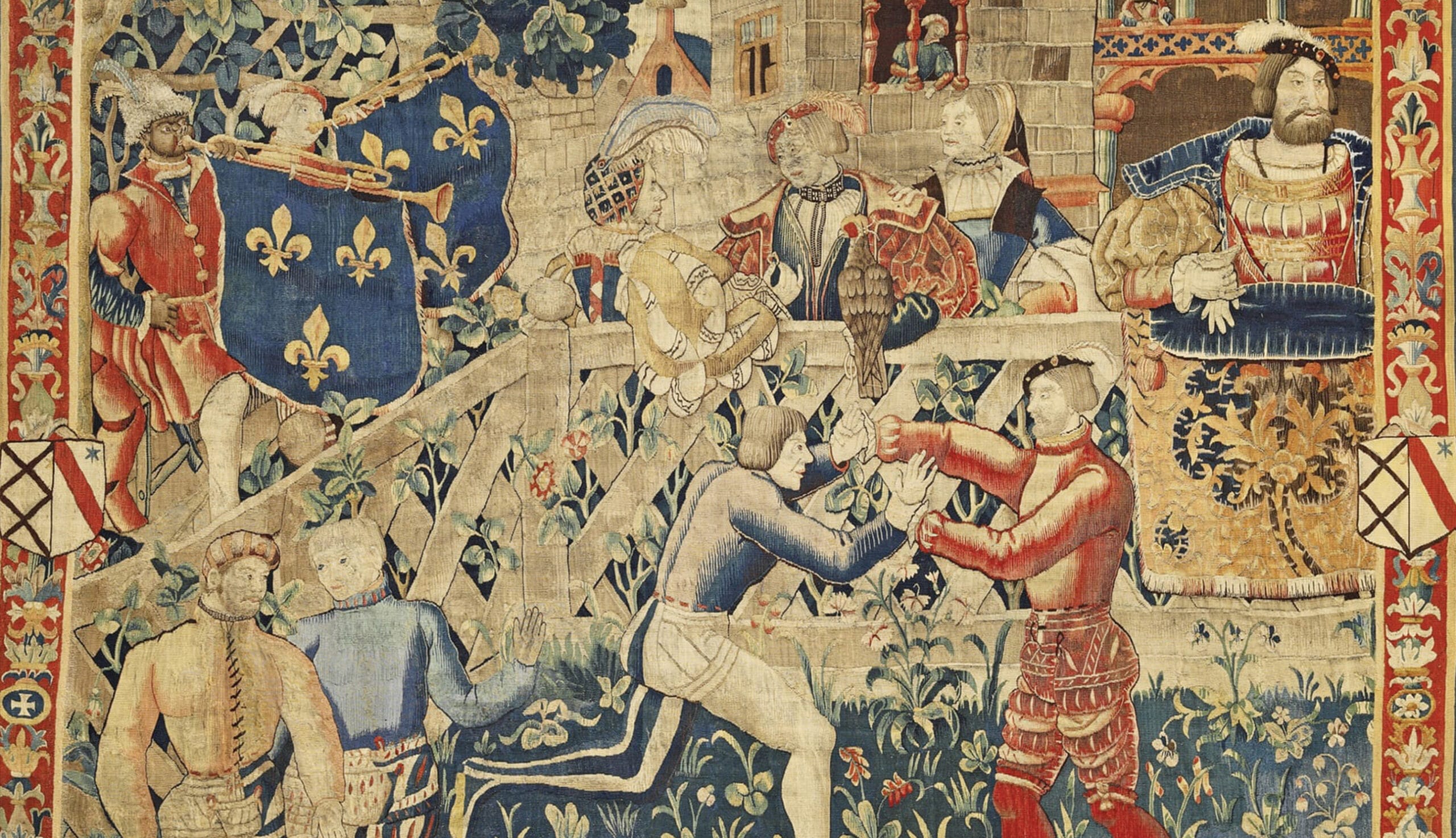 The Mystery of the Black Trumpeter

The 16th century trumpeter, John Blanke, makes us question how we comprehend historical progressiveness. John Blanke’s career coincided with the rule of both Henry VII and his infamous son Henry VIII, however being a black employee of these tyrannous figures in the early 16th century was not quite what one would expect.

“there is an air of mystery around the black population living in Tudor England.”

There is much speculation on how John Blanke came to England, many historians have agreed that he was most likely brought by Catherine of Aragon in 1501. Although this speculation may be ostensibly true, there is an air of mystery around the black population living in Tudor England; not simply on how they arrived in such a place but why? What was their role in society? These holes in our records and teachings are, and always have been, endemic in British history. There is a thorough need to fill these gaps so that we can properly understand black history, and more importantly history as a whole. Nevertheless, this particular musician’s life begins to answer some of these questions.

The first time the trumpeter is seen on record is in 1507, where his services are paid by Henry VII who deemed his musical talents worth 20 shillings for the month of November. This alone shows how his life was a stark contrast to black people in the near future. Two years later, Henry VII died and his second son, Henry VIII, was crowned king. John played at the king’s funeral and this accounts for the second record we have of the talented musician. Later that year he would play at the coronation of Henry VIII. Although they likely had little communication, this was the beginning of an employer-employee relationship that may seem surprising to some.

Soon after the somewhat timely death of his father, Henry VIII conveniently married Catherine of Aragon, the widow of his late brother. When their first born son arrived on New Years Day, who of course was also named Henry, the overjoyed king began to plan the festivities. It is strange to think that a celebration known as the ‘1511 Westminister Tournament’ played such a huge role in early black British history. From the 15th century onwards, it became the norm to glamorously illustrate such events on a roll of vellum (essentially a medieval SnapChat story). From this roll of vellum, we were provided with the first and only pictures of John Blanke. To this day, it is one of the earliest pictures of a black person in Britain on record – right there next to aristocrats, royalty and other musicians of the time. He features at both the start and the end of the roll, along with five fellow white trumpeters. A face is gifted to the name.

“I am in no way attempting to portray Henry VIII as an egalitarian ruler, but he treated John as a human being which is much more than you can say for how many generations of kings and queens who succeeded him treated black people, both in and outside of Britain.”

The fact that Blanke is depicted on the tournament roll and even employed for such a public event, displays the lack of social stigma surrounding ‘race’ in Tudor England. Yet John Blanke’s life grows ever more perplexing, especially if you see England’s history, in terms of race relations, as dismally as I do. Astonishingly, John pens a letter directly to Henry VIII asking for a pay rise and also for his pay to be backdated. This letter tells much more than a confidence in one’s musical skill. From this letter, we know that he was literate in English which means that he was either taught upon his arrival or self-taught. The letter also displays how he had the authority, albeit possibly indirectly, to communicate with the King of England. The choleric King remarkably complied with John’s request. It is hard to believe that this is the same royal family who less than 70 years later began to reap an enormous fortune from the horrors of the Atlantic Slave-Trade. I am in no way attempting to portray Henry VIII as an egalitarian ruler but he treated John as a human being which is far more than you can say for how the generations of kings and queens who succeeded him treated black people, both in and outside of Britain.

Believe it or not, Henry VIII’s generosity toward John extended even further. The trumpeter went on to marry (to whom is unknown) and the king even sent him a wedding gift. As extraordinary as this may be, this communication is currently the last known record of the musician. After this he disappears from any remaining archive material and future tournament rolls become once again devoid of the racial diversity that came with Blanke’s presence.

“we must ask ourselves how in such a short period of time, the actions of English kings and queens towards black people went from pay rises and wedding gifts to sponsoring organisations like the Royal African Company”

Although John’s story may answer some questions, it asks many more. There is a good chance that John’s experience was a unique one but we must ask ourselves how in such a short period of time, the actions of English kings and queens towards black people went from pay rises and wedding gifts to sponsoring organisations like the Royal African Company whose business was dependent on degrading and terrorising people of colour. More than anything, the life of John Blanke shows us that history should not be understood as a linear timeline in which time passes and human beings become more accepting and progressive. If we are not careful, we may once again live in a world where an arbitrary group of people are seen as less human. Moreover, given our current political and economic climate, there is further reason to demonstrate caution.