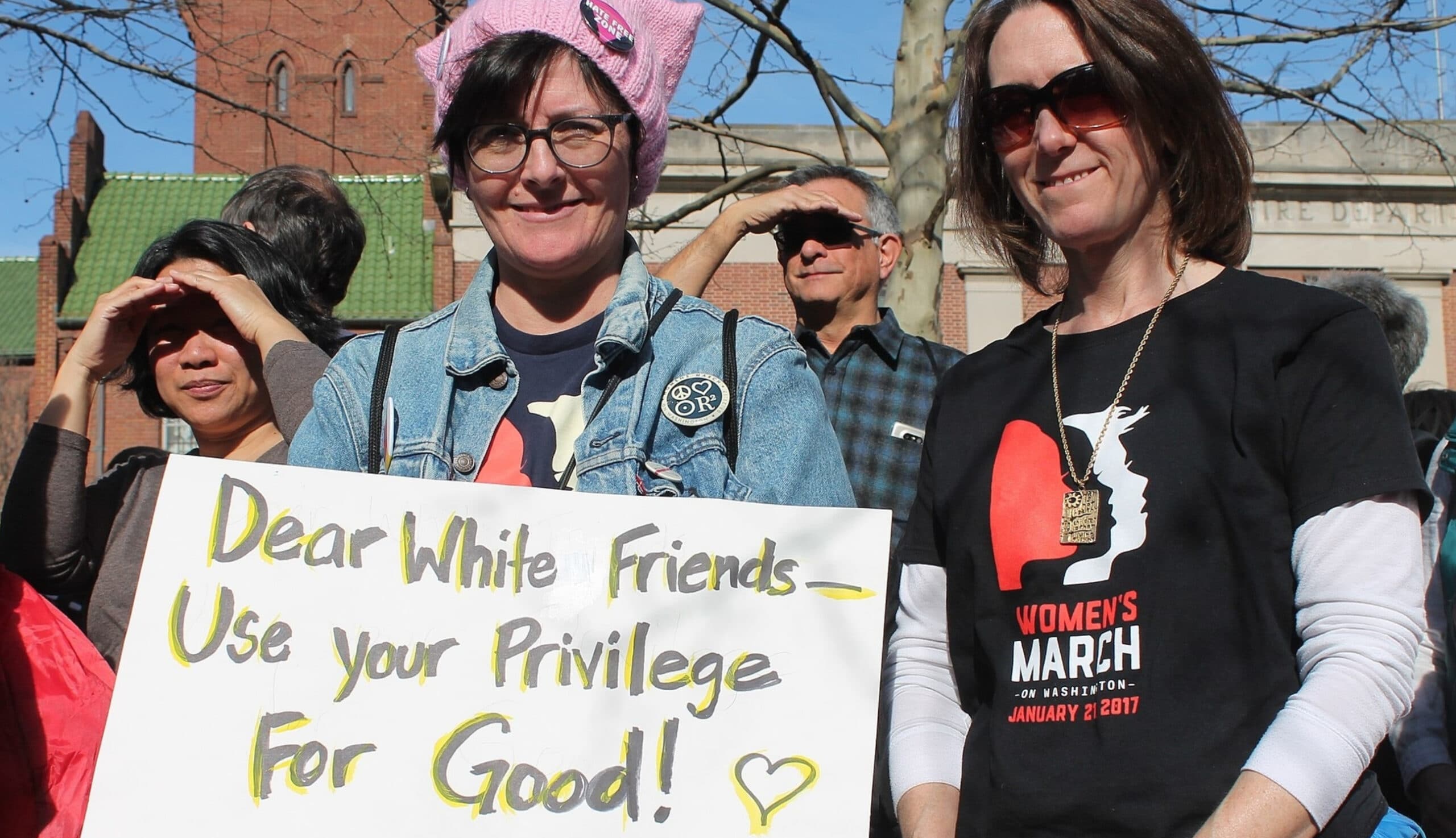 The Heart of Whiteness: An exploration of white guilt

White people often say they feel guilty about slavery or about racism more generally. In that sense, guilt is irrational and counterproductive. When I think about slavery, I do not feel guilty. I feel sad — incredibly sad — just as I do when I think about the many manifestations of greed and cruelty through the ages. We humans are capable of incredible barbarism, and it’s not surprising that those barbaric acts can spark in us sadness, empathy, and compassion for the victims. Part of what it means to be human in the social sense is the capacity for those emotions; without them, social life is impossible. That sense of sadness about slavery is, of course, not limited to white people. Everyone can — and the overwhelming majority of people do — feel it. White people have no special claim to sadness because it was some of our ancestors who maintained the system.

Guilt over slavery, however, is nonsensical. Guilt implies responsibility, and I cannot be responsible for something that existed before I was born. Much the same can be said of racism as a system. It predates my birth and is maintained by forces that I cannot change by action on my own. I don’t feel guilty about the existence of racism as a historical system. So why is such guilt so common among white people? I think many white people stay stuck in that sense of guilt about being white for two reasons. First, if one keeps the focus on that abstract sense of guilt, one rarely gets to the appropriate guilt for specific racist actions; it’s a convenient way to avoid accountability. Second, such guilt is a way for white people to avoid taking action. If one feels guilty, it is easy to feel paralyzed, which makes it easy not to act. A white person can say, “Look how guilty I feel about racism and white privilege. I feel so bad it immobilizes me.” From that position, just talking about race and racism becomes too overwhelming, and people often use their own psychological angst to escape political responsibility.

There are, however, more productive ways to understand white guilt. There are things about which I can, and should, feel guilty. Again, guilt implies responsibility. And I am responsible for two things in this realm: (1) those racist acts that I have committed in my life, and (2) my failures to do all that I can to resist white supremacy and contribute to changing a racist system.

The first category is clear. If I were to discriminate against someone based on race or tell a racist joke, I should feel guilty. When we do things that are unfair, immoral, and harmful to others, guilt is an appropriate emotional response. In fact, it’s a necessary part of the process of coming to terms with ourselves and changing our behavior. We all can think of situations in our lives where we did something wrong — failed to keep a promise, betrayed a friend, lied to protect ourselves from the consequences of a mistake — and felt guilty. And we can see that the guilt was the right thing to feel, and (one hopes) spurred us to repair the damage if possible and not repeat the mistake.

“One heard white people talking all the time about how non-whites who weren’t qualified were getting jobs.”

In this arena, I can recall a particularly painful incident from my past. In one of my jobs as a journalist I was responsible for the final copy editing for a few regional sections of a newspaper. That meant I worked with several other copy editors who each had primary responsibility for one of those sections. Most of us were in our 20s, some right out of college. All these editing jobs required riding herd on a large number of details under deadline conditions, which meant it could be stressful, especially for new employees who were learning the system. Into that setting one day came a new editor, whom I’ll call Jane. She was like the rest of us except that she was black in a newsroom that was overwhelmingly white. At the time, the late 1980s, the backlash against affirmative action was firmly in place. One heard white people talking all the time about how non-whites who weren’t qualified were getting jobs. I usually didn’t talk that way, but sometimes I felt that way.

As she learned the system, Jane had a few rough nights, as did everyone else. It was a pretty friendly desk, and usually when people had a bad night others would pitch in to help, taking a break from their own tasks to try to make sure a colleague made deadline. People sometimes complained when others were not as productive or efficient as they could be, but in general we all got along. The difference in Jane’s case was the talk by some (including me) about how she must be an affirmative-action hire and couldn’t really seem to do the job. Did some of us reach that conclusion because she really was failing to make the grade? Or was she just going through the normal adjustment period like most people, only that we were more grudging in our help? At the time, I remember thinking I was being rigorously fair because I thought I was holding Jane to consistent standards. I remember talking to our supervisor to inform her that Jane was not cutting it. I remember being quite proud of myself for, as I saw it, being willing to be blunt and honest.

“I had been a racist jerk.”

Shortly after this period, I moved on to graduate school. Jane continued working there before moving to another newspaper. I didn’t give her, or those evenings on the desk, much thought until some years later, after I had started studying race and racism and was involved in trying to defend affirmative action on my campus. I started thinking about Jane, and I started to re-evaluate my behavior. After years of not thinking about it, I had to face a painful reality: In dealing with Jane on the desk, I had been a real jerk. I had been a racist jerk. Instead of asking, as I would have if she had been white, “How can I help a new employee learn her job and fit in?” I immediately asked, “What is wrong with this person and why did she get hired?” In other words, before I had any reason to think Jane wasn’t up to the job, I made assumptions, and those assumptions affected the way I treated her, actually making it more difficult for her to do the job.

When I realized that, I felt guilty, and it’s a good thing that I did. The guilt I felt at that moment came from the recognition that I had done something wrong and possibly hurt someone else. Guilt was an appropriate response. From that guilt, I could think about what had happened and try to avoid repeating the behavior in the future. The guilt, the awareness of a mistake, was part of the process of moral and political self-evaluation. I couldn’t go back and change what I had done, but I could make sure I didn’t do it again.

In some sense, that kind of guilt is easy to deal with. There is a clear action that one can identify, try to understand, and come to terms with. If possible, one can take steps to try to rectify any damage done to others. The second kind of guilt that I should feel — the guilt over not working hard enough to change a white-supremacist society — is more complicated and disturbing. In a general sense, we all have a responsibility to make our society a better place. That responsibility certainly varies depending on one’s power and privilege; those of us with the resources — time, money, education, experience, opportunities — to contribute to progressive social change bear a share of that burden consistent with our resources. And those of us who benefit, by choice or not, from the inequities in the system carry an extra responsibility.

“In a white-supremacist society, I clearly have obligations that can’t be ignored.”

I am white and male, educated and trained in research and writing, materially comfortable in a stable job with status that gives me considerable control over how I use my time. In a white-supremacist society, I clearly have obligations that can’t be ignored. I have tried to work toward racial justice. Have I done enough? Certainly not. I can look at my personal, professional, and political lives and see places where I could do more, where others have done more. Does that mean I think I am some kind of superman who believes he can do everything and fix every problem? No, but it does mean that if I am honest, I can always see that there are opportunities to push myself. That’s why being honest can be so hard. That state of affairs — recognizing I haven’t done enough and could do more — is never going away, if I’m honest about myself and the world in which I live. I could glibly say that recognition of that fact doesn’t bother me, but it does, fairly often. I don’t obsess about it, but I am aware of it, and it leads to a variety of emotions — sadness, anger, resolve, and sometimes guilt. Here the guilt is trickier, because if I let myself sink too far into that guilt, I will reduce my political effectiveness.

It’s tempting to repress that sense of guilt completely or wallow in it; both reactions are born out of a frustration with the complexity of the world and a desire to simplify the moral equation. But our task is to live on the edge of the guilt, to use it to challenge ourselves and each other to do better.

Robert Jensen is a former professor of journalism from the University of Texas at Austin. He has focused much of his work on the critique of pornography, masculinity and institutional racism. The article above is an extract from his impressive book, The Heart of Whiteness. You can purchase the full book here.