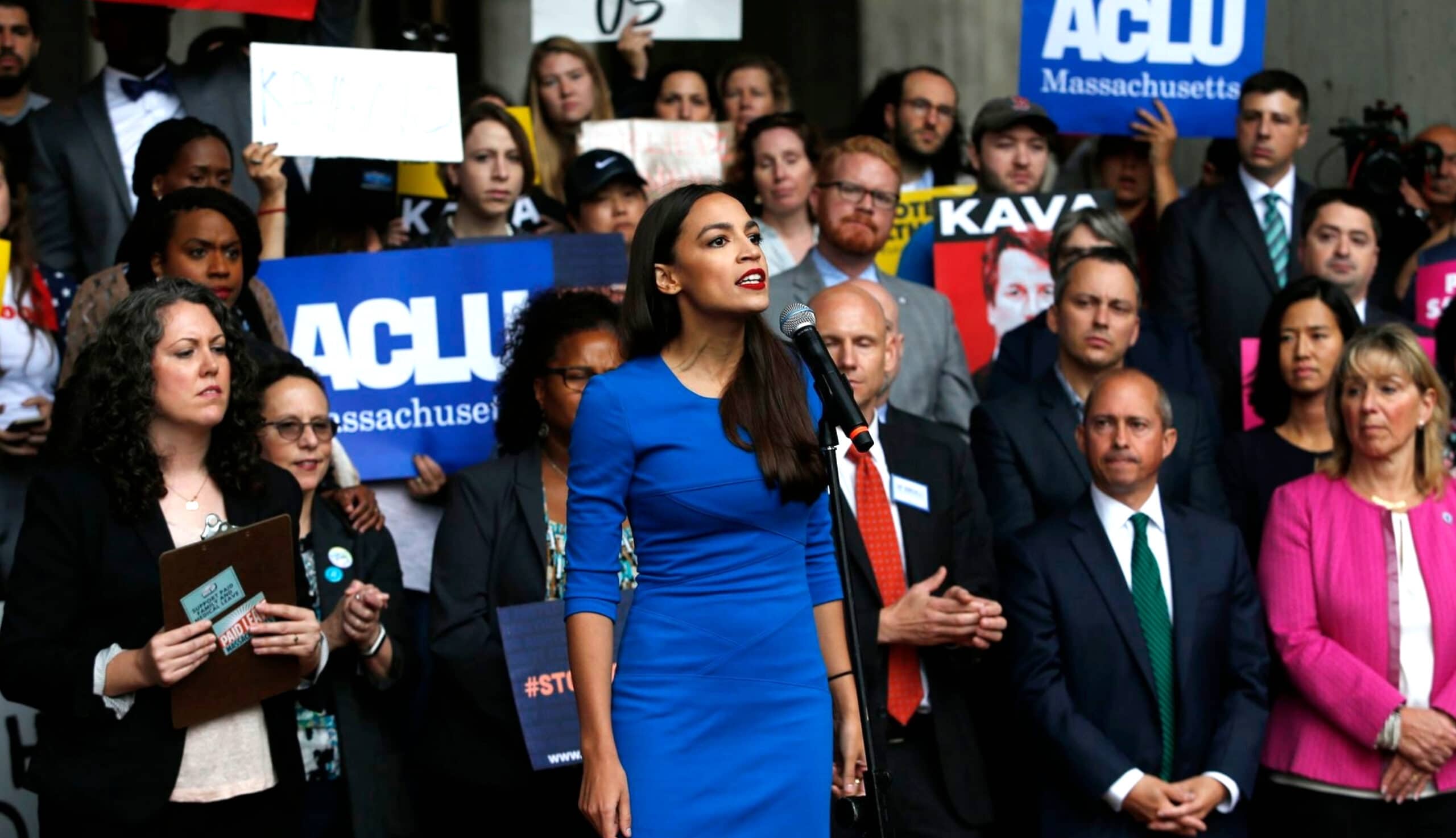 Alexandria Ocasio-Cortez has risen to prominence quite rapidly, causing the Republicans to keep a watchful eye. She identifies as a democratic socialist and is exciting to follow because of her strong passion for the environment, free health care and taxing the rich. She makes a refreshing contrast to Donald Trump, and whether you love her or hate her for it, her Instagram stories succeed in unveiling the life of a US politician.

Following the midterm election, she was voted to be the Congresswoman-elect of the 14th congressional district of New York. During the celebrations, she emphasised the importance of everyday people coming together and their capability to create long-lasting change. Her inspiring speeches suggest that she is an individual who seeks to champion the working-class. However, Ocasio-Cortez continues to face criticism from writers and media outlets about her ideals, making her somewhat of a polarising individual.

The surge of Ocasio-Cortez’s popularity is closely tied with her progressive rhetoric. In a recent discussion that included Bernie Sanders, she discussed her ‘Green New Deal’, which involves promoting a renewable energy policy designed to create jobs and economic activity, while moving away from reliance on fossil fuel industries. Robinson Meyer, a writer for The Atlantic, noted that the Green New Deal aspires to cut the US carbon emissions fast enough to reach the Paris Agreement’s most ambitious climate goal. In the panel discussion, Ocasio-Cortez makes an important point by comparing the Great Depression to the Flint water crisis and California’s contaminated air issue. She fervently encouraged the attendees of the panel discussion to get heavily involved in showing solidarity with those affected by the current tragedies, but more importantly, endorsed the need for activism.

Ocasio-Cortez’s passion for these issues moved me because of how rare it is to see such a young, charismatic and progressive individual wanting to create policies for the benefit of society. One of the most striking points that she made during the panel discussion was how important it is to leave no person behind. Geoff Dembicki, a writer for Vice, accentuated in his article that the Green New Deal strategy could especially resonate with voters from rural regions – alas, there have been sceptics among coal miners in particular, who are not entirely confident in the deal.

Republicans and notable conservative news outlets have lambasted her regularly. Lauren Ingraham considered Ocasio-Cortez’s support of climate change activists protesting outside Nancy Pelosi’s office an ignorant move. However, if Ingraham were to watch the protest footage again, she might notice that Ocasio-Cortez is simply trying to rally more support for a Democrat committee on climate change. To me, Ocasio-Cortez’s appearance at the protest demonstrates her strong enthusiasm to bring further recognition to the Green New Deal. Another opponent of Ocasio-Cortez has been Sarah Palin, of whom decided to take the criticism into the Twittersphere. Nonetheless, what the right-wing/Republican commentators don’t realise is that their criticisms of Ocasio-Cortez have enhanced her recognition. Their obsessive negative coverage of her is prone to completely backfire.

“The candidate who ran against Ocasio-Cortez in the elections had ten times the amount of funding as her.”

Some have cited Ocasio-Cortez’s privileged upbringing as being fundamental to her success story, yet she continues to be a powerful voice for the working-class. In an interview with NowThis she addressed her pursuit in limiting corporate donors leverage. Furthermore, her inclination towards harvesting funding via non-traditional forms of financial support instead of the common corporate-style backing should not go unappreciated. The candidate who ran against Ocasio-Cortez in the elections had ten times the amount of funding as her. In addition to all of this, she is a Justice Democrat – the Justice Democrats are a group that encourage the rejection of corporate fundraisers and push for an increase in working-class Democrat candidates. Some of the negative commentary might be correct to highlight Ocasio-Cortez’s lack of political experience but we must not discredit what she has already achieved in such a short space of time. The Green New Deal has the potential to be an omnipresent agenda within the White House. The current occupant of the White House, Donald Trump, had no previous political experience lest we forget – so it is worth thinking twice about criticising Ocasio-Cortez in this area.

Alexandria Ocasio-Cortez is a fighter and looks hungry to challenge the troubled US political system. She is an individual who seems to genuinely want to heal the divisions and improve society, and thankfully her success in the midterms has added to her stature. On top of this, she is a refreshing candidate who isn’t afraid to use a little humour as she humanises politics and connects with the voters by sharing small insights into Congress via her Instagram stories.

Ocasio-Cortez faces many testing challenges ahead, including those put in front of her by right-wing media and Republicans commentators. In spite of this, the voters now have someone who they can trust to represent marginalised groups in society and those from working-class backgrounds. There is much to admire about this young and motivated individual, and I wish her the best of luck.