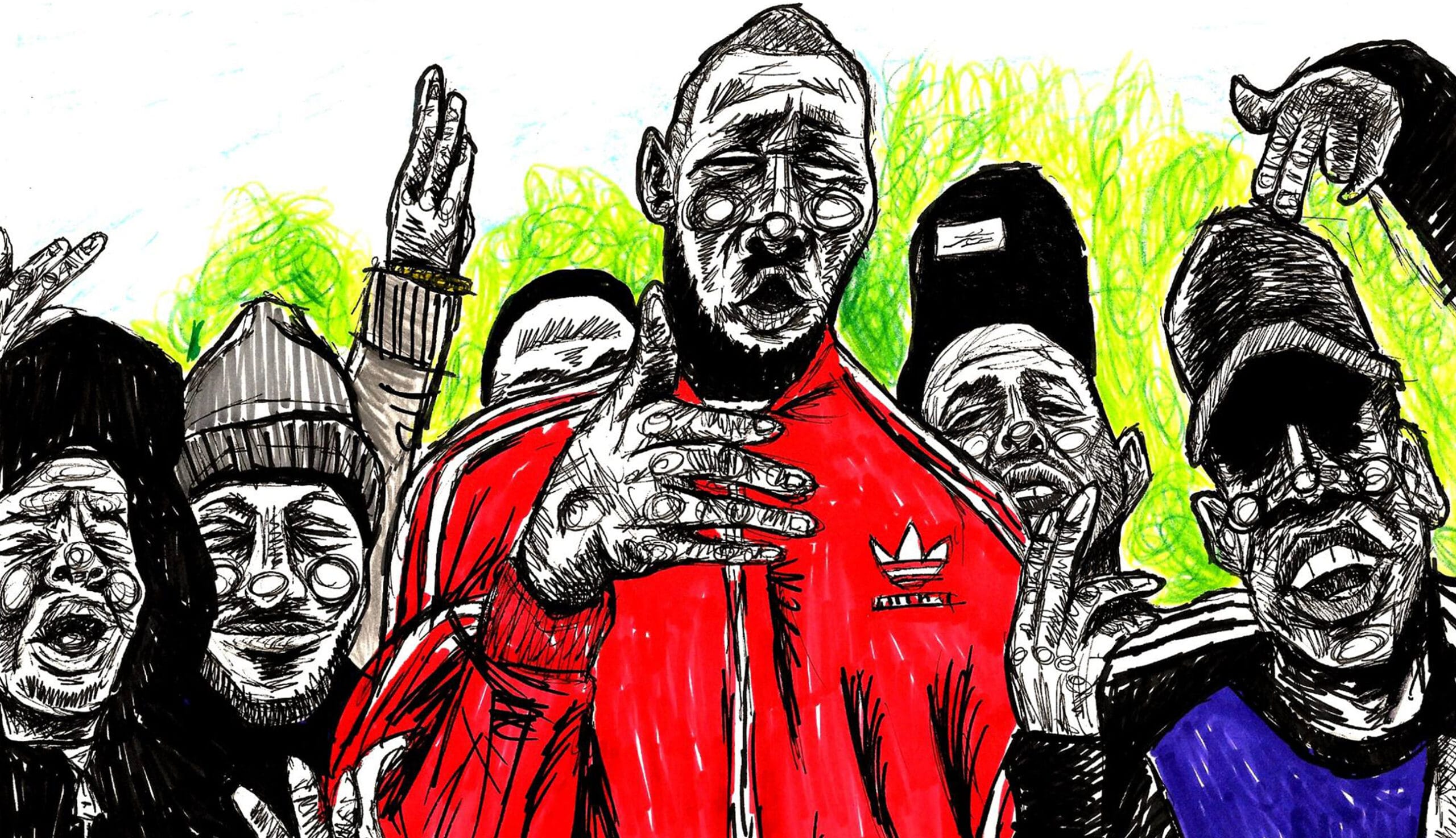 MANDEM is a cry out for attention. Society holds men of colour captive in ways that cannot be described in 140 characters or captured on an iPhone. We fill the prisons, cemeteries and mental health institutions. We rap about getting money and girls. The police shoot, strangle and Taser us when they feel like it. We love smoking weed. We behead journalists and commit acts of terrorism. We play the ‘race card’ when things don’t go our way. But one of us became president of the United States of America in 2008 so we should all sit down, shut up and stop complaining. If aliens came to earth and spent long enough on the internet, this is the impression of us that they’d surely get. They’d dig Hip-Hop, but Compton wouldn’t top their list of places to visit. And who’d blame them? In brief, this movement seeks to redefine the stereotypical perceptions of men of colour and to question society’s perception of what manhood is supposed to be.

As a black male and a big fan of hip-hop, I find it difficult to say what I’m about to say. I think hip-hop has failed us. While black men have excelled in the art of emceeing and empowering our spirits over the years, black male on black male violence is still rife. If hip-hop, something spawned from a black power movement who’s aim it was to protect the lives of young black men who were being killed at the hands of racist police officers, now in 2017 continues to perpetuate cycles of violence among young black men, who’s the real winner? Is it not finally time to reclaim the self-worth lost amongst the gangster culture that continues to promote misogyny, misogynoir and self-destruction? I’m well aware that I pose this question as someone who hasn’t faced the hardships that a large majority of men of colour face and from a place of male privilege that is still accustomed to the behaviours of patriarchal manhood – but someone needs to say something. Alas, as misogynistic as a lot of mainstream rap is, I still enjoy listening to it. Asking ourselves why we enjoy listening to misogynistic music could be a step in the right direction to understanding the power of patriarchy and why it needs to be challenged. Women have been challenging it for centuries; how long until men muster up the courage to join them? This movement doesn’t seek to wage war with black male rappers for what they say, it simply asks them to critically re-evaluate the message that they’re sending to the younger generations. When I hear young black girls on a bus repeating derogatory rap lyrics about women, I can’t help but hold the artists accountable.

Perhaps the most fascinating thing about this movement is that it was not inspired by men. It was inspired by women. It’s no coincidence that Women of the World set up London’s insightful ‘Being a Man’ festival. In a patriarchal society, who else but the women who have been on the receiving end of oppression for millennia, would have the psychological strength to identify how we can possibly bring an end to it? Who else but women of colour would have the incentive and bravery to confront racism and patriarchy with intellect instead of violence? For this reason, I thank gal-dem.com for inspiring us to create a somewhat different space for men of colour in which we can critically analyse our own behaviours. While gal-dem is independent in its own right, many of us men of colour are desperate for a chance to voice our opinion in a space that’s also independent in its own right. As us men slowly but surely begin to catch up with our sisters and realise that patriarchy damages men also, we might finally make some revolutionary progress. It’s no coincidence that 90% of violent crimes are committed by men. It’s no coincidence that young men have high suicide rates. And it’s no coincidence that feminists are increasingly sympathising with the complexities of ‘being a man’, as it could be crucial in ending the domestic abuse of thousands of women.

“A black director winning an Oscar is somewhat undermined upon hearing the news of another black male murdered by the police.”

Whereas people from the continent of Asia have had more success in building businesses and tight-knit communities, it’s no secret that black people have often struggled with a sense of community and ownership in the Western world. This probably has something to do with the fact that most of our culture was destroyed and dispersed by centuries of Western colonisation and human-trafficking. Our self-esteem goes up and down like a rollercoaster. A black director winning an Oscar is somewhat undermined upon hearing the news of another black male murdered by the police. It’s beautiful that we’ve assimilated into Western culture so well and earned love and respect for our flare and talent in music, television and sport, however wouldn’t it be greater if we were also known for our academic prowess and commercial innovation?

Thanks to a new flurry of bold young voices speaking up about their identities, we have a better understanding of the hardships that dark-skinned women face. As men of colour we need to understand the importance of standing up for women of colour, just as they’ve continually seen the importance of standing up for us in times of hardship. As a man, I know how liberating it can feel when a woman stands up for the struggles of men. We need to do the same for the women in our lives. As I mentioned earlier, women inspired this, not men. Women of colour have been last in the running for a long time and I can’t for a minute begin to compare our struggle with theirs. Although men of colour have their own struggles, one of the most crucial things that we have to learn is that patriarchal society benefits us every day in ways that we won’t always detect. MANDEM takes inspiration from young women of colour and we will always be readily available to offer them our support. I hope that we can work with them in the future to help strengthen some of the relationships that exist between us.

‘Mandem’ is a term that many men of colour in the UK relate to. Speaking to the grace and power of Jamaican culture, ‘mandem’ is one of many patois terms that has flooded the vernacular of young Brits of all races and classes. Moreover, we feel that there is a new black British culture that has emerged over the last couple of decades that is currently spearheading an inclusive movement born from Grime. We want people of all races and genders to enjoy and respond to our content. As Grime increases in popularity and more people distant from the origins of the culture are exposed to it, we feel that it’s deeply necessary to prevent aspects of the culture being lost to mainstream consumption. Grime culture started in black communities and I encourage men of colour to take as much pride in that as Japanese people do in Anime. People of all classes and races should enjoy Grime but perhaps it’s time to start recognising artists like Nines, Stormzy and Skepta as what they are; intelligent black men. Shakespeare used more slang than half of the Grime scene but most people aren’t as quick to second-guess his intelligence.

“Labelling people as racists, homophobes and sexists is fuelling division”

Lastly, I want to make a pledge to our viewers that at its core this will always be a woman-loving space and a space where discriminatory views will not go unanswered. At a time where the mainstream media would have us believe that we’re all divided, I very much encourage people with differing views to temporarily sacrifice their ego and talk openly with each other about their disagreements. Labelling people as racists, homophobes and sexists is fuelling division and I believe that it’s crucial that people with differing opinions, no matter how extreme, come together and talk to each other human to human. Stay tuned for some exciting content.