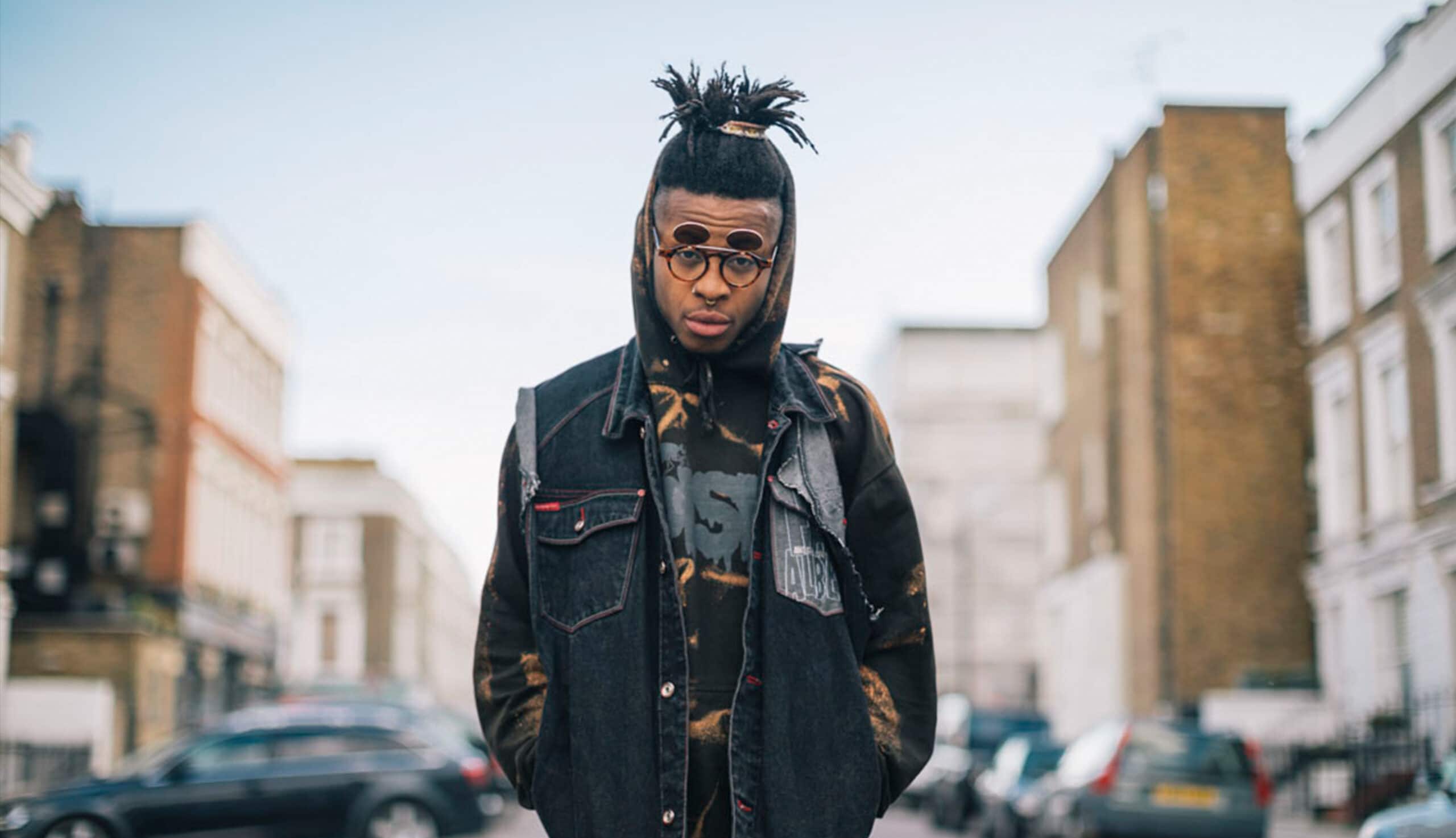 Where are you from?

I’m a citizen of numerous parts of the UK. I was born in Hackney then moved to a little place called Eastbourne. At 19, I went to university in Bath to study graphic design. Then I moved to Bristol and I think I’ll be staying here for a while.

Where’s your biological mum from?

Where are your foster parents from?

Originally Brighton but they’ve been all over the world.

Why do people choose fostering over adoption?

Adoption is legally binding so the child adopts the surname etc. Fostering comes in several different forms. There can be short-term care or permanent care in which the child lives with you but isn’t legally your child. With adoption there’s a danger of keeping secrets and having to figure out when ‘the right time’ is to tell a child that they’re adopted.

As a black child, what was it like having white parents?

It’s only something you start to become conscious of as you grow up. When you get older and meet more black people, you start to realise some of the things that you missed out on. That’s not a knock to my foster parents because at the same time, being a black person in this country is kind of a struggle for identity anyway – like where do you come from versus where are your ancestors from? – and then on top of that, not being raised by people within ‘your culture’ can make you feel a bit lost. What’s been quite fun about it is that I’ve been able to discover my own identity along the way and the parts that were alien to me before… which has been really empowering. I can be whoever I wanna be. It was easy to feel like if black people didn’t raise me, does that mean I’m not black enough? But if there was ever one idea of what blackness is supposed to be then that’s a problem in the first place.

Do you think it ever had an effect on your mental health?

There was a period where I was dealing with some mental health issues that essentially stemmed from me not taking care of myself properly. And in this period where things were very unstable, the lack of identity thing was very prominent. There was also another time where I decided to add the surname of my foster parents onto my biological surname. This made me feel like I’d done my biological mum wrong and I felt guilty for it. I realise now that it wasn’t a discredit to my mum but an appreciation of my foster parents. It was a way of showing them that I hadn’t taken for granted everything that they’d done for me and I knew it would mean the world to them.

How do we break the mental health taboo?

I’ve heard that black people in general are three times more likely to suffer from mental health problems and we have to ask why this is. It’s not a coincidence; in the same way that overrepresentation of black people in prisons isn’t a coincidence. I think it stems from the attitude towards mental health. Men in general don’t talk about their feelings as much and it does seem that amongst some aspects of black culture, talking about mental unrest is very ‘hush hush – keep it to yourself’. It doesn’t make sense to me. I did a blog on this about a year ago and something I kept reiterating was that there is so much strength in your vulnerability. You can’t front against people who are just being open and honest. Often people don’t do it because it’s fucking scary but when people are actually willing to do it to a large audience, not only does it benefit them but it benefits the hundreds of other people who feel the same but don’t have the guts to say it. Once we start changing those attitudes, this whole scenario will start to change.

What’s been the most effective way of handling the mental health issues that you’ve faced?

Routine. Since things went a bit haywire, regular yoga and meditation have helped a lot. Staying on top of my sleep has also helped. There was a week where I only got something like half an hour a night. Drink and drugs can mess with your head but a lack of sleep can also be very damaging. I’m quite an erratic thinker and concentrating on things can be difficult so I’ve found just taking fifteen or twenty minutes a day to meditate can calm everything down. Concentrating my energy into art has also been very helpful.

How do you meditate?

I keep it really simple. I take a bowl of boiling water under my face and a towel over my head and just breathe. Even if you just sit there and let your mind wonder, you’re still detaching yourself from day to day life. Counting your breaths can help. Just something to occupy yourself outside of your normal day can really help. The steam from the hot water is piff; you come out and feel like your glowing! Radiant lol.

How much, if at all, does being a black male factor into your mental health?

I can’t remember who wrote it but someone once said that being a black man is almost schizophrenic or paranoid by nature. Because you know the world has a certain perception of you, sometimes you can get into a headspace where you’re walking down the street and you can take every look one of two ways. It also sometimes feels like if you speak up about race the general attitude is ‘here we go again’.

How important is art as a means of release – for everyone?

It’s the number one. I don’t think there’s anything more liberating and powerful than taking something that has only lived in your mind and seeing it manifest in real time. It’s happening right now while I make my EP. There might be songs that have lived in my head for so long and then I hear my producer make a beat and it creates a eureka moment. We all know that there’s so much negative shit in day to day life that if you can find a little bit of something positive that’s just for you, it can be really powerful.

What’s next for Solomon O.B?

The EP is coming. I want to show the wider world that I’m not just a poet (no disrespect to poets). I have a lot of creative ambitions and want to slowly release them to the world.