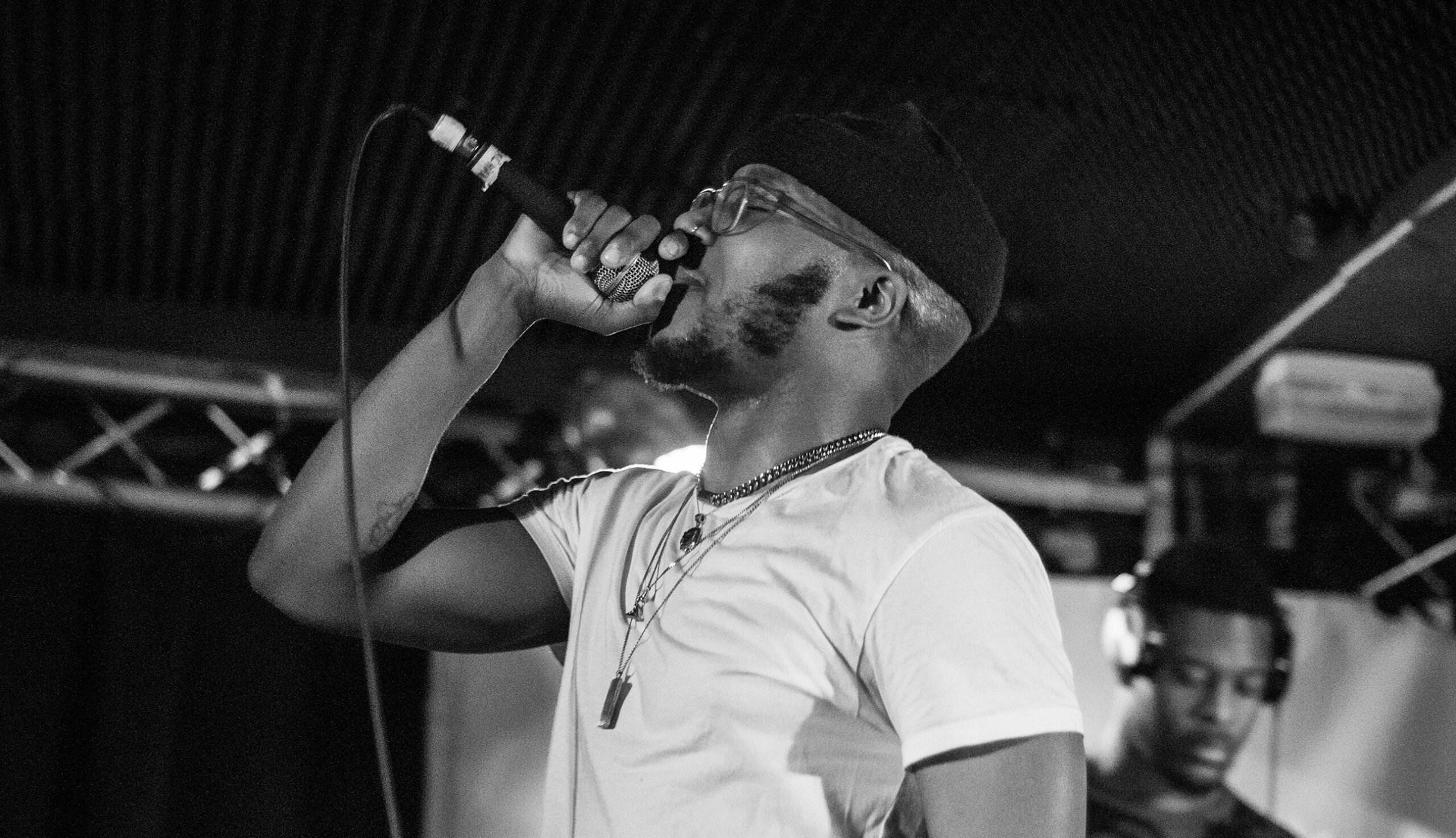 Che Lingo set Exchange on fire last Monday. Prior to the show, I did not know much about talented up-and-comer Che Lingo but now that I have witnessed him live, I will be following his career very closely. The first time the London emcee appeared on my radar was at the end of January 2017 upon release of his slick COLORS performance. In his COLORS SHOW, Che performs ‘Zuko’, a track inspired by cult animation series Avatar: The Last Airbender. His lyrical wizardry and articulate word-play is unrivalled and the energy he brings to the performance is inspiring.

On a bitter chilly night in Bristol, Exchange hosts two of the coldest emcees in the UK. Before Che Lingo graces the stage, the audience is treated to one of the most calm and collected emcees in UK hip-hop. Manchester’s very own KinKai has the stage presence of a veteran musician and a sharp wit about him. He keeps the audience giggling in between his melodic tunes and lulls them into a slow head-bop while performing fan favourites ‘Aztec Gold’ and ‘Roll The Dice’. KinKai’s talents have not gone unnoticed in the music world with internationally renowned Majestic Casual featuring one of his tracks on their YouTube channel last October. KinKai is a reminder to hip-hop fans in the south of the talent that we sometimes miss out on up north. Next time he makes the trip down south, Bristol will give him a warm welcome.

University of Bristol student and organiser of the Genghis Khalm night, Peter Adegoke, paces around anxiously in anticipation of Che Lingo’s performance. The venue is not packed out but that makes no difference to Mr Lingo. Che Lingo brings the same energy to his performance as he would to an audience of thousands.

Che eases into his performance with a smooth flow and some charming banter. He tells the audience who he is and where he is from. To his surprise there is a fellow south-west Londoner in the audience and they share a moment. Once he befriends the audience, he divulges into his lyrical wizardry. The confidence that the man possesses is electric and he is unafraid to go acapella early on. Che has an incredible diversity in his performance and proceeds to shift from engaging spoken-word pieces to high energy rap like he’s changing socks. At one point, Che gets the whole audience to sit down with him on the dancefloor while he recites an enchanting acapella about his personal journey from a London estate to musical success. Minutes later the crowd’s emotional awe erupts into a mosh pit. Che Lingo performs ‘Metal & Rocks’, one of my personal favourites, and has the audience up on their feet colliding into one another in excitement. “When girls are enjoying the mosh pit too, you know you’re doing something right” says Che as he climbs back onto the stage after joining in with the mosh pit himself.

Che is an inspiration to other up-and-coming emcees in the UK and his political infusion with the modern sound is a testament to his genius. ‘Metal & Rocks’ is a message to his peer group and an encouragement for other young brothers to stop obsessing over gold and materialism. Che has his first headline show in London on March 7th – don’t miss out. Tickets available here: https://www.metropolismusic.com/shows/1076257/