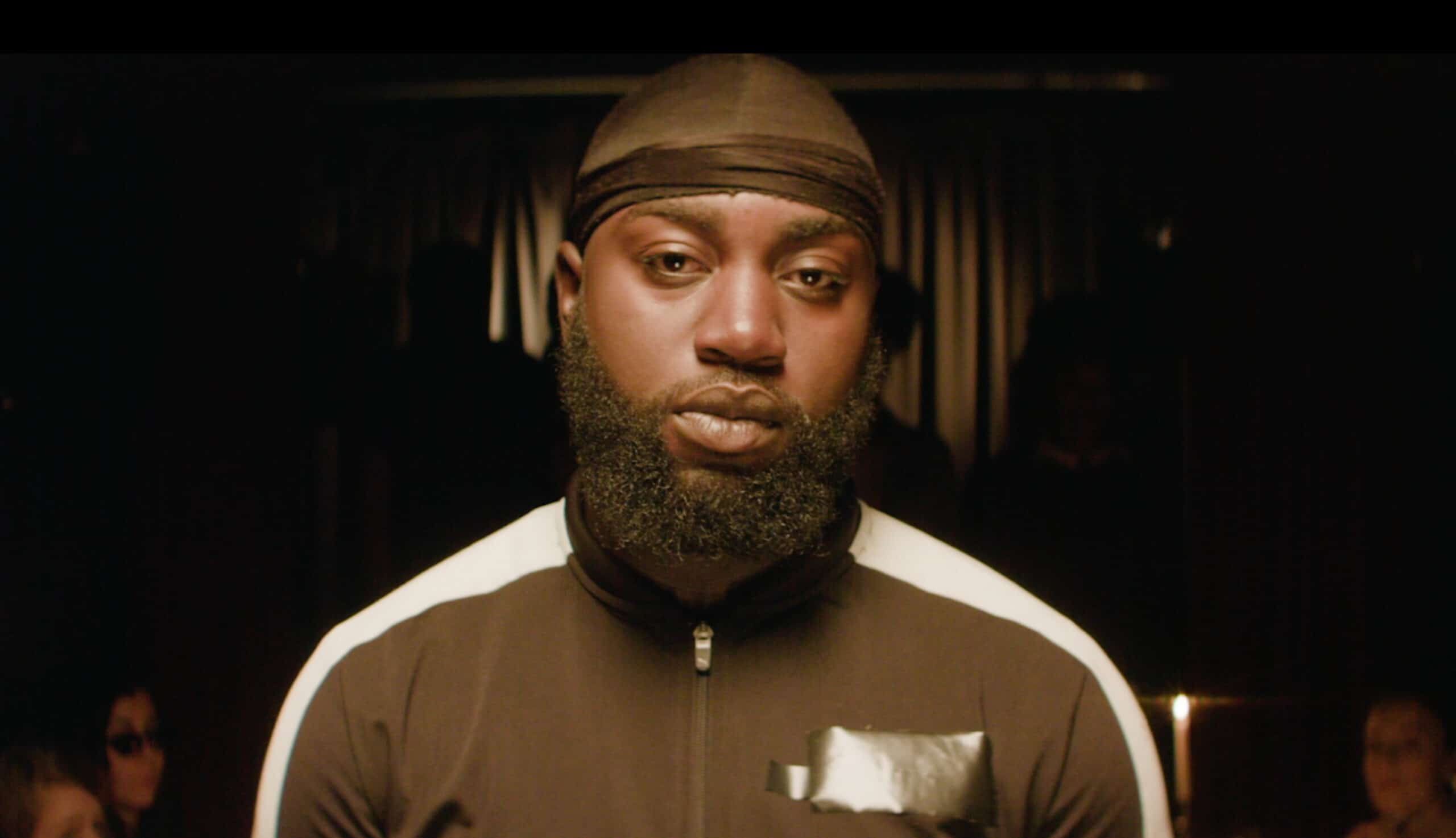 A Creepy Performance of Blackness in ‘A Fashion Show’

‘A Fashion Show’ by Okori Lewis-Mccalla is a provocative reflection of Western society’s approach to blackness. The film is part of the BBC New Creatives scheme and provides a social commentary on contemporary issues around race and identity. The film uses dark studio lighting and an artistic set-design to create a creepy fashion show set up, with a menacing ‘judge’ at the end of the catwalk. In the film, a range of young black people are made to miserably walk up and down a gloomy runway for the white audience’s entertainment, and are subsequently judged for their performance.

We caught up with the talented young filmmaker last week who mentioned that the people observing the fashion show ‘represent wider society,’ but Okori also added that he is keen for the viewers of the film to interpret ‘A Fashion Show’ in their own way. The film is an impressive achievement considering it is Okori’s first budgeted film, and it’s an immensely creative take on the way in which being black in the UK can sometimes feel like being under a spotlight.

Watch A Fashion Show by clicking the link below.